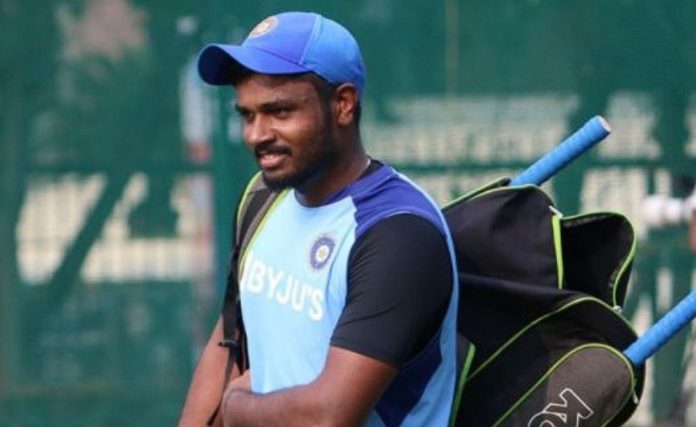 Team India’s skipper Rohit Sharma has showered praise on his teammate Sanju Samson ahead of the first T20I against Sri Lanka. The T20I opener will be held at Ekana Cricket Stadium, Lucknow on February 24.

Ahead of the game, Rohit addressed the media via virtual press conference where he spoke highly of Sanju Samson and his credentials. The 27-year-old wicketkeeper-batsman has been included in India’s squad for the three-match T20I series against Sri Lanka.

It will be quite interesting to see if the selectors might put him in the starting XI for the T20I series opener. Meanwhile, Sanju Samson has had a disastrous start to his T20I career. Having played 10 games, he managed to aggregate only 117 runs at a poor batting average of 11.7.

Sanju Samson has got the skillset to succeed: Indian captain Rohit Sharma

However, Sanju Samson hasn’t been getting opportunities consistently due to the stiff competition in the Indian cricket team. Every now and then, he has been waiting in the wings and has been hardly given an opportunity to feature in the starting XI.

Meanwhile, Rohit Sharma praised Samson by saying that the Kerala captain has performed well whenever he has come out to bat. “That guy has got talent, man. I mean whenever we have seen him bat, he has just produced an innings where everyone goes over the moon watching that innings. He has got the skill set to succeed,” Rohit said.

The skipper also believes that Samson’s batting approach can be really handy in the upcoming T20 World Cup in Australia. Rohit praised Samson for having plenty of shots in his repertoire which makes him a productive asset. The skipper added that this type of shots might come in handy in Australia

“His back-foot play is superb. Some of the shots you might have seen in the IPL, the pick-up pull, the cut shots, standing and delivering over the bowler’s head. Those kind of shots are not easy to play. And I believe when you go to Australia [where the next T20 World Cup is], you need that kind of shot-making ability,” the skipper added.