Rishabh Pant likely to be recalled for limited-overs series against England: Report 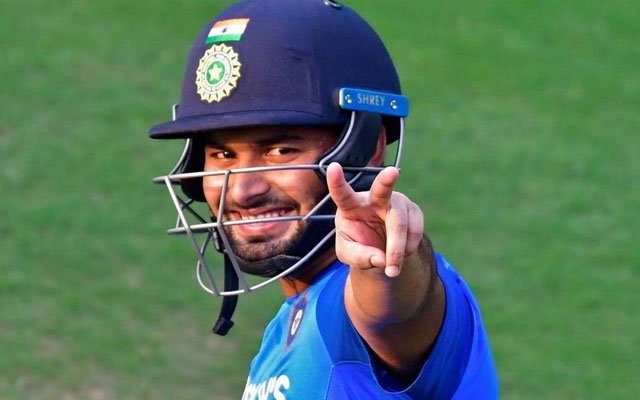 India’s wicket-keeper batsman Rishabh Pant has done more than enough to justify his selection right in Test cricket. His performances in the Border Gavaskar Trophy and in the ongoing Test series against England speak huge volumes about his transformation as a wicketkeeper-batsman.

The 25-year-old Indian international played the last two Tests against Australia wherein he chipped in with impressive scores of 97 and 89*. Pant’s 97 helped Team India pull off a draw against the Aussies whereas his unbeaten 89* came during the series decider which helped Team script a historic series win by 2-1.

This is India’s second consecutive Test series win on Australian soil. Pant drew plaudits for his match-winning knock and rightly so, he was named the man of the match. He thrived once again in the ongoing Test series versus England cricket team. He proved that his performances in Australia were no fluke as he scored 91 in the first Test.

His innings was laced with 9 fours and 5 sixes. The young stalwart continued his good form even in the second Test where he scored an unbeaten 58* with the help of 7 fours and 3 sixes. Besides that, he displayed street-smart wicketkeeping from behind the stumps as he affected two brilliant stumpings and took good catches.

Rishabh Pant’s string of consistent performances must have already convinced the Indian team management. If report doing the rounds is to be believed then Pant is in contention to make another grand comeback into the limited-overs set-up for the forthcoming series against England.

Pant, who was a player of the 2019 World Cup team was excluded from the limited-overs squads for the Australia tour last year as the team management went ahead with Sanju Samson. He hasn’t played white-ball cricket since January 2020. In fact, he did not travel to New Zealand as well.

The 25-year-old warmed the bench as KL Rahul donned the gloves. Meanwhile, KL Rahul will still be the first choice even if Pant makes a comeback. According to a report in TOI, Sanju Samson could be pushed down the order, meaning that Pant could be recalled to the team.

As things stand, the selectors might give Pant one more chance considering his recent form. It should be noted that Pant was excluded by the team management from the limited-overs squads at least three times since his maiden call-up in 2017.

The limited-overs series will take place after the conclusion of the Test series. India and England will play 5 T20Is followed by 3 ODIs respectively. Both teams will lock horns with each other in the first T20I on March 12.