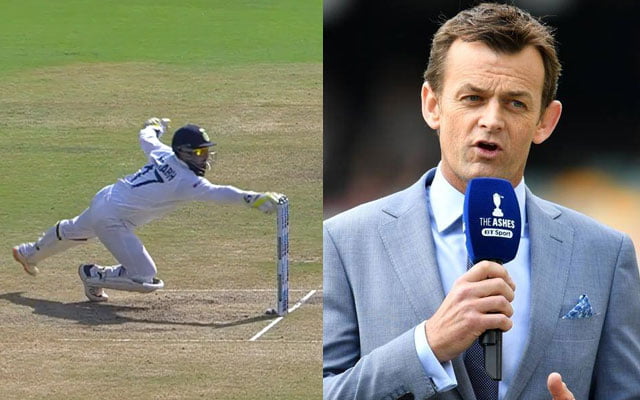 Rishabh Pant has long been criticized for his inconsistency in the Indian cricket team. Whenever he was given chances to showcase his strength, he threw away his wicket cheaply more often than not. Time and again, the experts and commentators lashed out at the young wicketkeeper for his lethargic approach to the game.

He was roped in as a perfect replacement for MS Dhoni. But he did not bring the best out of him as he failed to live up to his reputation. However, the cricket fraternity saw a different version of Rishabh Pant ever since the Border Gavaskar Trophy Test series against Australian cricket team.

The southpaw scored a brilliant 97 in the fourth innings of the SCG Test match which ended in a draw. Pant proved everyone that his innings was no fluke by scoring an unbeaten 89* in the historic run-chase at The Gabba in Brisbane. His match-winning knock helped Team India scripted a 2-1 Test series win.

Pant was adjudged the man of the match for his batting masterclass. Team India also retained the Border Gavaskar Trophy and went on to win second consecutive Test series win on Australian soil. Pant also continued his rich vein of form in the first Test match against England where he scored a scintillating 91.

Pant might have had a great time with the bat in the first Test but he failed to deliver the goods as a wicketkeeper. He dropped catches, missed stumping chances and also conceded 4 extra runs in the form of an overthrow. However, he was totally a different wicketkeeper altogether in the second Test match.

In the first innings, Pant scored a terrific 58* with the help of 7 fours and 3 sixes. In the second innings of England’s batting, Pant unleashed his true colours from behind the stumps as he effected a brilliant stumping to get rid of England batsman Daniel Lawrence.

Ahead of the 26th over, Rishabh Pant and Ravichandran Ashwin had a long chat in order to set a trap for Lawrence. In the very first ball of the 26th over, Ashwin bowled a wide delivery to Lawrence and before even watching the ball, he stepped down the track in an attempt to score runs but he missed the ball completely. As it happened, Pant immediately affected a stumping to dismiss Lawrence.

The former Australian wicket-keeper Adam Gilchrist also praised Rishabh Pant on his Twitter handle for his brilliant work behind the stumps.