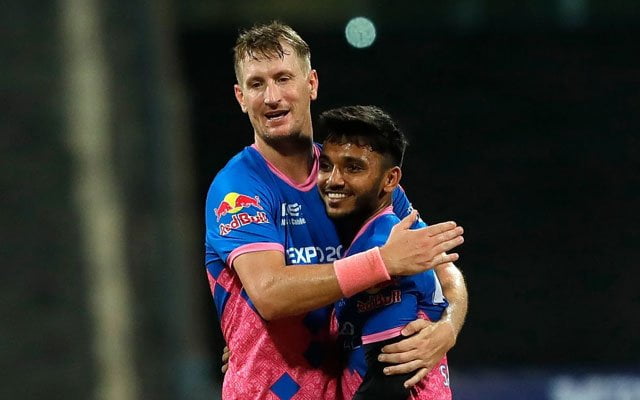 The 14th edition of the Indian Premier League has been suspended for an indefinite period of time due to rising coronavirus cases in the IPL bubble. Putting safety as the first priority, the Board of Control for Cricket in India decided to postpone the competition for the time being.

Earlier, the BCCI and the Indian Premier League Governing Council held a meeting wherein they discussed that it is best to postpone the tournament. Amit Mishra, Wriddhiman Saha, Varun Chakravarthy, Sandeep Warrier were the players who tested positive during the tournament.

As of now, the BCCI allowed the players to head back to their homes safely. There has been no confirmation as to when the tournament would resume. If reports doing the rounds are to be believed, then the BCCI is exploring for a small window i.e. three weeks to resume the tournament.

Chris Morris picks the find of the IPL 2021 tournament

The report further adds saying that BCCI is looking at the September window to finish the tournament. With no IPL now, players have started opening their social media accounts to interact with their fans and followers. Meanwhile, Rajasthan Royals’ all-rounder Chris Morris picked the find of the tournament.

Morris picked RR youngster Chetan Sakariya as the find of the tournament so far. The left-arm pacer impressed everyone with his bowling skills. He played 7 games for the Royals where he accounted for 7 dismissals. This is his maiden IPL season and he certainly made his presence count on the pitch.

The Saurashtra pacer was roped in by the Rajasthan Royals during the mini IPL auction ahead of the IPL 2021 season. He registered his best bowling figures of 3/31 on his IPL debut match against Punjab Kings. The pacer also registered 3/36 against Chennai Super Kings and stunned the cricket fraternity.

Rajasthan Royals are not far away from breaking into the top four spots. They just need consistent wins to make it to the playoffs. Currently, they are fifth in the IPL 2021 points table with 3 wins and 4 defeats and secured 6 points.