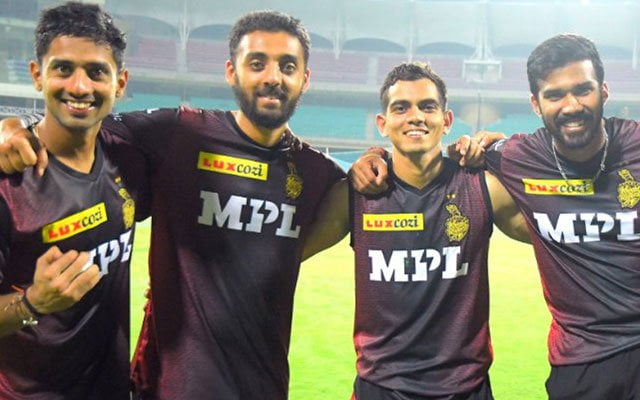 The ongoing coronavirus epidemic has taken a heavy toll on the citizens in every nook and corner of the country. Meanwhile, the Board of Control for Cricket in India is safely staging the tournament in a bio-secure environment such that players are free from danger.

However, the current situation has also taken a toll on the mental aspect of cricketers staying in the bio bubble. A number of cricketers pulled out of the competition citing bubble fatigue while others opted out of the tournament due to coronavirus surge in India.

Earlier, Australian leg-spinner Adam Zampa was loud and clear in his opinion where he stated that the Indian bubble system is not safe. Zampa echoed that the UAE bubble was much safer and that the tournament happened without any fuss last year.

How Varun Chakravarthy and Sandeep Warrier have tested positive for COVID-19?

The 30th game of the ongoing edition of the IPL between Kolkata Knight Riders and Royal Challengers Bangalore has been postponed after KKR players Sandeep Warrier and Varun Chakravarthy tested positive for the coronavirus. The richest cricket body had confirmed that the two KKR players were tested positive in the third round of testing in the last four days.

Despite strict protocols being followed in this crisis, many are still figuring out how the pandemic entered the bubble. Meanwhile, as per a report in ESPNCricinfo, KKR spinner Varun Chakravarthy went out of the bio-bubble in order to get his shoulder scans done in a hospital.

If reports doing the rounds are to be believed, then the spinner might have picked the infection from there. Needless to say, there hasn’t been any confirmation from the BCCI. Thankfully, the rest of the KKR camp were tested negative. Meanwhile, the infected players have isolated themselves from the KKR camp.

“Both the players have isolated themselves from the rest of the squad. The Medical Team is in continuous touch with the duo and are monitoring their health. Meanwhile, the Kolkata Knight Riders have now moved towards a daily testing routine to identify any other possible cases and treat them at the earliest.

The Medical Team is also determining the close and casual contacts of the two positive cases during the 48 hours prior to collection of the sample that returned the positive test results. The BCCI and the Kolkata Knight Riders prioritise the health and safety of everyone involved and all measures are being taken in that endeavour,” the BCCI Press Release read.