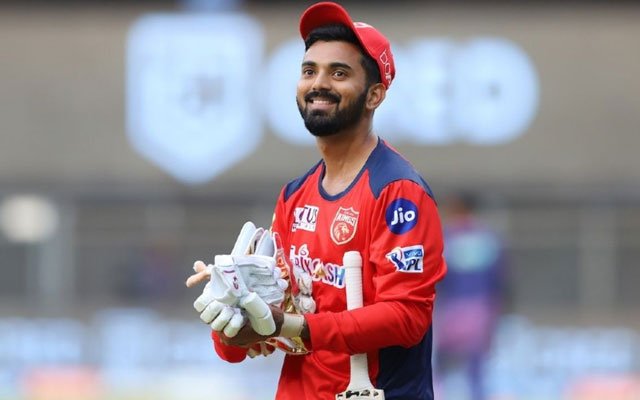 Punjab Kings’ regular captain Lokesh Rahul skippered the team for 5 games in the 14th edition of the Indian Premier League. His last match was against Royal Challengers Bangalore which PBKS won the game by 34 runs. However, he did not play the next game against Delhi Capitals.

It was learnt that KL Rahul was hospitalized due to acute appendicitis. PBKS team management handed the captaincy to Mayank Agarwal who skippered the team against Delhi Capitals. Although he scored a superb 99 in the build-up to PBKS’ 166/6 in 20 overs, DC won the game by 7 wickets.

The match between PBKS and DC turned out to be the last game before the tournament was suspended by the BCCI for an indefinite period of time. Meanwhile, BCCI is looking to complete the competition by this year else they may suffer losses amounting to Rs 2,500 crore.

Ahead of the BCCI’s announcement to postpone the IPL 2021, a fan sent a strange email to Lokesh Rahul’s father named Dr. K.N. Lokesh. It is to be noted that the mail was sent by a student of the National Institute of Technology Karnataka, where Rahul’s father is a professor.

Dr. K.N. Lokesh is a professor of the Civil Engineering department in the NIT-K. Meanwhile, the screenshot of the e-mail sent by the fan was shared by one of his senior college mates on the micro-blogging Twitter platform. The tweet went viral in no time.

The bizarre mail reads: “Hello sir, I am Rahul Kumawat from 2nd year mining branch. I have a doubt that KL Rahul sir will join IPL soon or he just left the IPL 2021 because of his appendix operation. I am his big fan sir.”

The mail was sent before IPL 2021 had to be postponed due to a coronavirus spike in the Indian bubble. KL Rahul might have missed many matches if the tournament wouldn’t have been suspended. Currently, Punjab Kings are sixth in the IPL 2021 points table with 3 wins and 5 defeats.