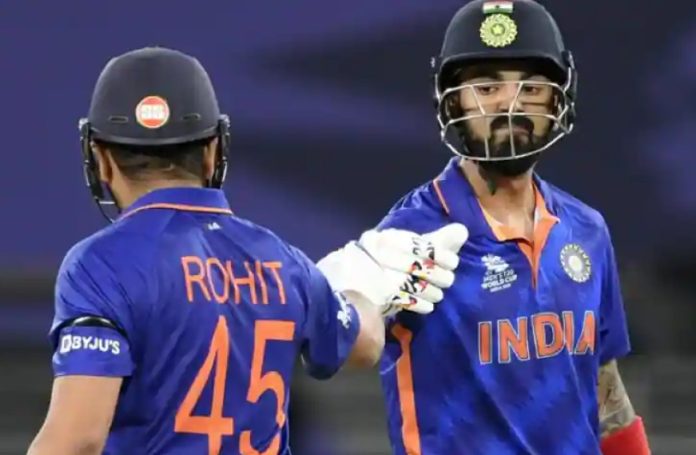 India‘s white-ball captain Rohit Sharma opted out of the Test series against South Africa due to a hamstring injury. The 34-year-old veteran sustained the injury during a recent nets session. He is undergoing rehab and is likely to make a comeback in the ODI series.

The ODI series kicks off on January 19. Earlier, the Board of Control for Cricket in India (BCCI) appointed KL Rahul as the interim vice-captain for the Test series against South Africa. The first Test match has already started with Team India in a rock-solid position.

India won the toss and opted to bat first. They have managed to accumulate 274/3 in 90 overs at the end of Day 1. KL Rahul has played superbly against the Proteas bowlers and went on to notch up his seventh Test century. Mayank Agarwal scored an optimistic 60.

The second day of the first Test has been abandoned due to persistent showers. Not even a single ball was bowled on the day. Meanwhile, as per the latest reports, KL Rahul is likely to lead Team India for the South Africa ODIs if Rohit Sharma misses the ODI series.

As per Sports Today, “KL Rahul all set to lead team India if Rohit Sharma misses out from the ODI squad against South Africa.” Meanwhile, India will look to continue with the same momentum and energy from where they left off in Centurion.

KL Rahul (112*) and Ajinkya Rahane (40*) remain unbeaten at the crease. “It is truly special, every hundred really takes something out of you and gives you joy. There are so many emotions you go through when you score a hundred.”

“You bat for 6-7 hours, those are the kind of innings that stand out and as players, we really cherish these. This is what is expected out of me. Once I got off to a good start, I started enjoying my batting and I did not think too far ahead,” KL Rahul said in a video posted by BCCI.