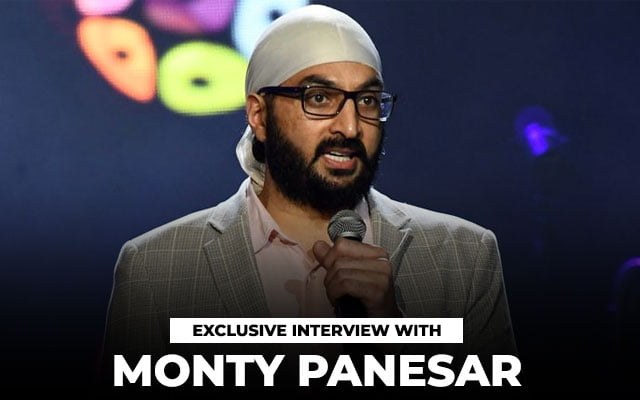 Monty Panesar has been one of the important parts of England cricket history. His on-field contribution to England cricket has never been in doubt. He was the best finger spinner during his heydays. He has unique characteristics that assist with his spin bowling, mainly because he has unusually large hands. Moreover, he can also revolve his hand at his wrist through 360 degrees.

Monty represented England cricket team in 50 Tests, 26 ODIs and a lone T20I. He took 167 wickets in red-ball cricket where he accounted for five 12-wicket hauls to his name. He registered his personal best bowling figures of 6/37. Coming to the 50-over format, the 38-year-old veteran took 24 wickets, registering his best figures of 3/25. He took 2 wickets in the truncated version of the game.

The former spinner made his Test debut against India at Nagpur. He announced his arrival in Test cricket by dismissing Indian batting maestro Sachin Tendulkar, which is his first Test wicket. On 11 June 2007, he became the first English spinner to account for 10 dismissals in a match since Phil Tufnell’s 10/187. He achieved the landmark in the third Test at Old Trafford.

The now-retired veteran England spinner gave an exclusive interview to CricBouncer where he gave an insight on the upcoming Test series between India and England.

Do you think England should have rested Jonny Bairstow for the first two Tests given India’s record at home in the past couple of years has been tremendous?

Yeah look I disagree with Jonny Bairstow. I think he should have played in the first two Test matches and then given the rest. Because he has played for Sunrisers Hyderabad and the pitch conditions are probably more similar and easier for him to adopt than some other younger England inexperienced batsmen. So I think Jonny Bairstow would be a huge miss in the first two Test matches and then what surprises me is why they have got him back in third and the fourth. They could have done it the other way around. I think he is a better player on red soil pitches.

How Ravindra Jadeja’s absence will affect Team India in their all-round show?

Ravindra Jadeja is a huge loss because of his batting, his bowling and also you know he is able to have an impact on the game. He is taking wickets, he can score valuable runs, but also his fielding. So I think which would be that second spinner that can fulfil Jadeja’s role. It’s gonna be very difficult, Axar Patel can do a good job but I would probably go with Kuldeep Yadav who can turn the ball with wrist spin. England batters haven’t been exposed to chinaman bowling and that could be a key difference. They can’t play two off-spinners, I don’t think that will be useful also. So possibly Axar Patel or Kuldeep Yadav, one of them to play but I don’t think they can replace Ravindra Jadeja as that will be very difficult.

Ravindra Jadeja in Tests (at Home)

English openers had a tough time against spin in Sri Lanka, what should be their approach against Indian spinners?

I think one of the key things is to defend, their bat needs to be at the front of their pad. I remember bowling to Kevin Pietersen who used to take his front pad out the way and had problem with left-arm spin. He just came down the wicket and hit me out of the ground. If I bowl the ball on leg stump, he got deep into the crease and just whacks me into mid-wicket and that can only happen once your feet start moving quicker. That could be a great exercise for English batsmen to play without a front pad or have a shin guard there. But I think they need to get their bat out in front of their pad, that is gonna help them. If you look at Babar Azam for example against Maharaj, he had his bat-pad together and he just got out lazy in his footwork but then you look out at South African opener, he batted really well and his defence was so good, good stride out. I think that defence is gonna be a huge asset to the English openers.

Joe Root vs Ravi Ashwin is the encounter everyone is eagerly waiting for. Both have been in a formidable form. Who do you think will dominate the other?

I would go with Ravi Ashwin because he is probably the best spin bowler in the world. Spinners cannot be dominated by batsman so I’m gonna favour the spinners here. Sri Lanka didn’t have an answer to Joe Root’s sweep shot. I think he swept over 300 deliveries throughout two Test matches. Don’t know if any other English batsmen came close to even 50 or 60 sweeps. So that is where I think Ravi Ashwin if he can find the answer to those sweeps, that I think the fans would be eagerly waiting is the battle of Joe Root’s sweep vs Ravi Ashwin’s smart mind and thinking of how to get Joe Root out.

If you are asked to name one X-factor for England, who will he be and why?

My X factor player probably would be Jofra Archer because he can just bowl quick, he is fast and he has done really well in the IPL. Also, Ben Stokes is one gonna mention because he is the easiest one to mention. But I would give you Archer because in the IPL he bowled some Test match bowling which was fast and he also scored some useful runs. So he even surprises us with the bat and at times during the Test matches where it probably be the proper Test match bowling where India will have to then bat really well where they may see Jofra Archer out and not give wickets away and that would be the challenge for India.

What strategy the host should follow to dismiss in-form Joe Root early?

I think what useful strategy would be is Ravi Ashwin coming around the wicket, landing the ball on off-stump and skidding past him (Root) so that would be difficult to get him to play the sweep shot and if he does play it, he is crossing his eye line and he hasn’t played the sweep shot around the wicket. That is something they should do quite early on and also have a catcher there and play in his mind. It’s also the pitches are different, the pace of the wicket could be different. So he may not be easily able to sweep the ball or the ball either do not go. So I think that battle would be interesting how Ashwin will stop Joe Root and how he will get him out.

Will it be tough for England to tackle Ravi Ashwin?

I think it’s gonna be very tough to tackle Ashwin because he bowls the same line, he varies his pace and that’s his key. Sometimes the length does change but he bowls over, around the wicket, he changes his field settings and I think he is a very clever bowler so he is obviously gonna work out the ways to get these English batsmen. But I think the big shock factor probably be if the big inexperienced top order tackle Ashwin well, that could be the difference where England could win the series or it could go the other way around where England having the past have always been 3 down. In England it could be that young batsman keeps getting out to Ashwin and England always playing from behind so it’s gonna be an interesting series. But I think the real battle is how Ashwin deals with the top order batsmen as well as Joe Root. But also let’s not forget the seamers as they are really good. I reckon that they moved the ball much more than the Australian bowlers in Australia. So it could go one way where England find battle hard, have good methods go completely crumble and India wins every Test match comfortably.

Your final prediction for Test series

I think it will be very difficult for England to win the Test series simply because the batting is just too weak compared to 2012. There are young batters and they are learning how to play in sub-continent pitches. First time they are gonna encounter Virat Kohli’s team and it’s a new experience for them. I will be surprised if England wins the series but yeah they will be competitive in certain areas. India should win the series simply because England’s batting isn’t as strong as it was in 2012.