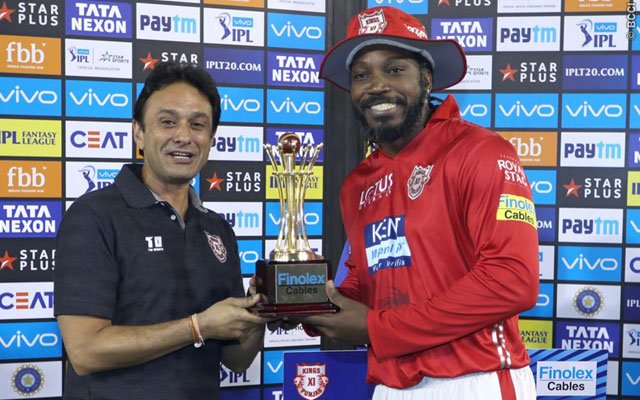 The Indian Premier League (IPL) is hailed as the most popular T20 tournament across the world. T20 Cricket, over the years, has revolutionized the game of cricket and IPL has a big role to play in that. Started in 2008, IPL has completed 13 editions thus far.

There are a lot of reasons to love the Indian Premier League. The fact that all the world-class players come together and play for different teams makes IPL one of the most entertaining tournaments across the globe.

Over the years, the fans have witnessed some wonderful performances with both bat and ball. As a result of that, players are honoured with the Man of the Match awards. Some of the big players have won it consistently but have you ever wondered who has won it the most times?

In this article, we look at the top five cricketers who have won most Man of the Match awards in IPL history:

David Warner is undoubtedly one of the most consistent batsmen over the last few years in IPL. He has played a significant role in making SRH a consistent outfit in the cash-rich league. David Warner, in his IPL career, has given countless swashbuckling starts to SRH.
He has won 17 Man of the Match awards in IPL and thus sits at fifth position in the list. In his illustrious career, Warner has scored 5447 runs in 148 matches at 42.22.

MS Dhoni’s presence in the list tells gives you an insight into his contribution to CSK in IPL. He has won 17 Man of the Match performances in IPL and thus sits at fourth in the list.
The CSK skipper has led the franchise to three titles and reach playoffs on all occasions besides last year. Dhoni played 211 matches in IPL, scoring 4669 runs at an average of 40.25.

Rohit Sharma is unarguably the greatest captain in the history of IPL. Under his captaincy, he has led Mumbai Indians to five IPL titles. Sharma, over the years, has played numerous match-winning knocks and currently has 18 Man of the Match awards to his name. Besides, Rohit Sharma is the fourth-highest run-getter in IPL, scoring 5480 runs in 207 matches at an average of 31.49.

Universe Boss, Chris Gaye sits at second spot with 22 Man of the Match performances in IPL. Chris Gayle has been around since the 2009 edition of IPL. However, he turned his fortunes around after moving to RCB in the 2011 edition. In his first very game, he scored a century against KKR. Gayle was terrific during his stint with RCB and won a lot of Man of the Match awards. Currently, he has 22 MOM awards and would be keen to add more to his tally. Gayle has 4950 runs to his name in 140 matches at an average of 40.24.

Superman from South Africa tops the list with most MOM awards in IPL. AB de Villiers has played several impactful knocks in IPL and most of them have come for RCB. In his IPL career, he has won 25 Man of Match awards. In 176 games, he currently has 5056 runs at an average of 40.77. He has hit three hundred and 40 half-centuries in the cash-rich league.