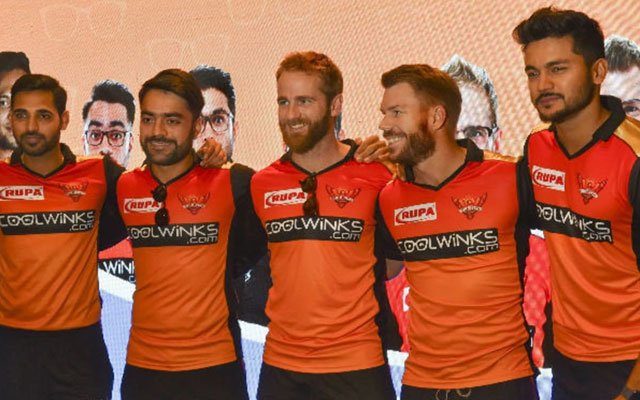 Sunrisers Hyderabad (SRH) franchise was founded in the year 2012 after the Hyderabad-based franchise Deccan Chargers (now-defunct) were terminated by the Indian Premier League. Ever since SRH stepped into the league, there were promising signs in their approach, strategy and skill.

Sunrisers were a team that relied more on the bowlers than the batsmen because their bowlers have perfected the art of bowling more dot balls to keep the opposition batsmen in check. They reaped rewards in the IPL 2016 season where they defeated Royal Challengers Bangalore to win their maiden title in the IPL.

Since then, their journey in the IPL got stronger and they lived up to the reputation while also earning a massive fan base. They reached the final in the IPL 2018 season where they were defeated by Chennai Super Kings. Talking about their performance in the last season, it was pretty decent.

David Warner-led team qualified for the playoffs by finishing third in the IPL 2020 points table at the United Arab Emirates. They moved a step ahead by defeating Royal Challengers Bangalore in the Eliminator before getting knocked out by Shreyas Iyer-led Delhi Capitals in the second qualifier.

Ahead of the IPL 2021 auction, Sunrisers Hyderabad released as many as 5 players namely Sanjay Yadav, B Sandeep, Billy Stanlake, Fabian Allen, Yarra Prithviraj. On the other hand, they retained as many as 22 players. They have all the tools and resources to compete for the title this time around. It will be quite interesting to see how they go about their business in the next season.