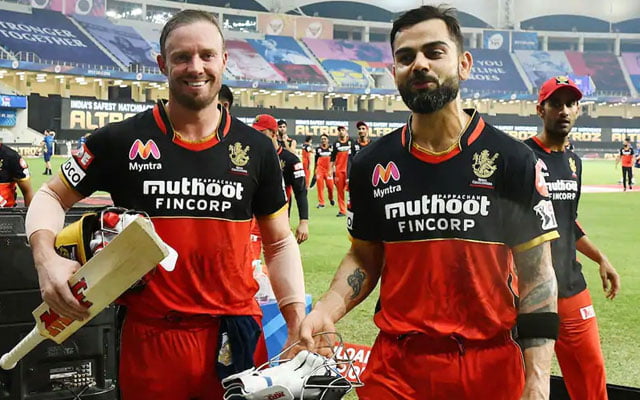 Royal Challengers Bangalore (RCB) are the unluckiest team in the Indian Premier League. No matter how hard they try, their end results are disappointing more often than not. What’s more painful than losing the final on three occasions? It’s been 13 seasons and RCB haven’t won the title since the inaugural edition of the cash-rich league.

However, in the 2016 season, they got all their bases covered and approached each and every game with grit and determination under the astute leadership traits of Virat Kohli. But they lost to Sunrisers Hyderabad by 8 runs, in what was a close encounter. Three finals but no end result in all the three.

Needless to say, their fans have been passionate and loyal towards the franchise. They have often turned up in numbers to cheer for the team and their favourite players. Credit to RCB fans for supporting the team through thick and thin. Meanwhile, they released as many as 10 players from their squad ahead of the auction.

RCB team management did some serious business at the mini-IPL auction by splashing the money to rope in three overseas players. New Zealand’s Kyle Jamieson was the talk of the town as he was purchased for a record INR 15 crore by RCB. Even former KKR captain Gautam Gambhir opined that Jamieson could be the next Andre Russell in the making.

RCB placed the maximum bid for Jamieson at Rs 15 crore and thus becoming the third expensive player in IPL 2021 auction and the fourth expensive player in the history of the IPL. RCB showed interest to sign Glenn Maxwell for INR 14.25 crore. It is well-known that the all-rounder failed to deliver the goods in the previous season at Kings XI Punjab. However, this time around, he will be looking forward to stealing the show.