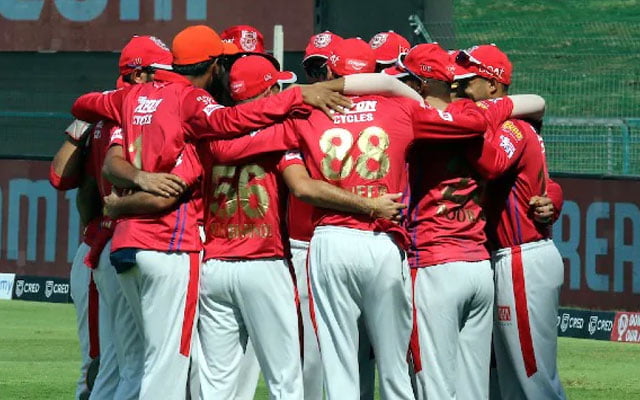 Just 2 days ahead of the auction, Kings XI Punjab changed its name to Punjab Kings. Punjab Kings kick-started the auction with a purse of INR 53.20 crore and with this much amount, they were supposed to make some big and smart decisions in the window and they didn’t disappoint the fans.

They are one of the three teams who have never won the IPL since the 2008 edition of the IPL. They managed to reach the final only once in the IPL 2014 season where they surrendered at the hands of Kolkata Knight Riders. Gautam Gambhir’s team won the final by 3 wickets with 3 balls remaining, in what was one of the closely-fought battles in the final.

Punjab Kings released as many as 9 players ahead of the auction. Caribbean all-rounder Sheldon Cottrell, Afghanistan’s Mujeeb-ur-Rahman and New Zealand all-rounder Jimmy Neesham, who underwent a surgery to treat an injured finger were also released by the franchise.

Besides splashing the cash on some players, they made an absolute steal to rope in the No.1 ranked T20 batsman Dawid Malan for INR 1.5 crore. They also went on to afford the services of Jalaj Saxena for INR 30 lakh, Utkarsh Singh for INR 20 lakh and all-rounder Saurabh Kumar for INR 20 lakh respectively.

Meanwhile, the Punjab Kings have a powerful opening line-up comprising the likes of Chris Gayle, KL Rahul, Nicholas Pooran. With this much firepower, they are certain to send shivers down the opposition spine. They had purchased Glenn Maxwell in the last season of the IPL for INR 10.5 crore but the Australian all-rounder failed to perform well and was released by the Kings ahead of the auction.