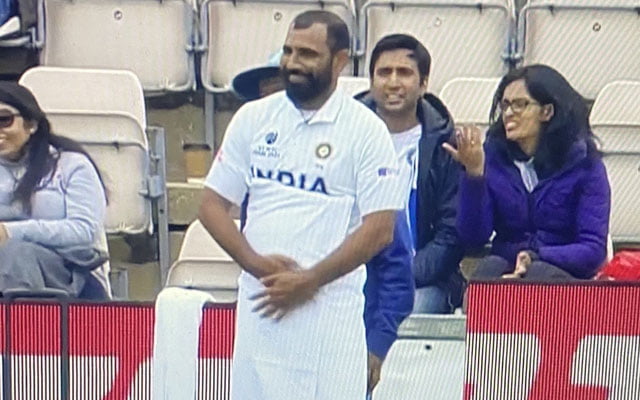 The inaugural edition of the ICC World Test Championship Final between India and New Zealand has well and truly entertained the fans in every aspect of the game at The Rose Bowl in Southampton. So far, so good for both teams. Team India and New Zealand gave absolutely everything with the bat and ball.

It would have been quite a contest between the cricketing giants had there been no rain. Batting first, Team India posted 217 in the first innings with the help of Ajinkya Rahane’s 49, Virat Kohli’s 44 and Rohit Sharma’s 34. The Kiwis bowled really well to get back into the game.

Kyle Jamieson registered a brilliant fifer against Team India in the high-voltage clash. In reply to India’s total, Kiwis got off to a good start in the form of Tom Latham and Devon Conway. The duo constructed a 70-run stand for the opening wicket before Ravichandran Ashwin dismissed Latham for 30.

Conway went on to score a half-century and after that Ishant Sharma bowled a superb delivery to dismiss the in-form batsman. Conway departed after making 54. Meanwhile, Kiwis ended Day 3 with 101/2. Sadly, the fourth day was called off by the officials after rains intensified further.

Mohammed Shami wears a towel on the field

Kane Williamson and Ross Taylor stepped out to bat on Day 4. Mohammed Shami who had a bad day at the office on Day 3 turned up the ante on Day 4. He got the big wicket of New Zealand’s highest run-scorer in Tests, Ross Taylor with a gem of a delivery.

Shami also got rid of BJ Watling by making a mess of his stumps. Before that Ishant Sharma dismissed Henry Nicholls as New Zealand lost 5 wickets. Just before the start of the 73rd over, Mohammed Shami hogged the limelight after he wore a towel and a picture of Shami wearing a towel started doing the rounds on social media.

The reason behind that was because the weather in Southampton was so cold. In order to keep his body warm, Shami was trying his best to keep his body warm by covering his body with a towel. Shami went on to produce a magical spell as he ended up taking 4 wickets as New Zealand were all out for 249.