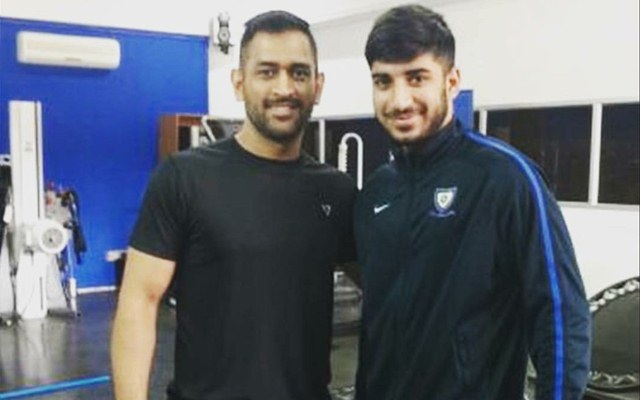 Kanishk Seth, a young fast bowler from Bengal, was recently a part of the Chennai Super Kings (CSK) set-up in the IPL, sharing the dressing room with the big guns like MS Dhoni, Suresh Raina, Faf du Plessis to name a few. But as they say, things change quickly in a cricketer’s life, Kanishk is now struggling to make a living.

CSK roped in the left-arm pacer ahead of IPL 2018. However, due to the glaring presence of Shardul Thakur, Deepak Chahar and overseas recruits, Kanishk failed to get any game time and warmed the benches. However, it was an eventful stint for the youngster, who has represented India in the U-19 age group.

Ever since, things have downscaled for Kanishk Seth, who hopes to play local tennis matches to survive. Speaking about his aspirations in the IPL to swagcricket.com, Kanishk revealed that he has not registered himself for this season.

“Well as I said I have not been registered for this season so no questions about getting into the IPL this year. I will be playing local games and tennis cricket here in Bengal to earn something! That’s what politics does to deserving cricketers,” Kanishk said.

Kanishk Seth also revealed that he learned a lot about variations and field placements from the veteran players like Dwayne Bravo and Shane Watson during his stint at CSK.

Kanishk Seth was not a part of the domestic tournaments

The 24-year-old cricketer, who plied his trade for the Railways in the Syed Mushtaq Ali Trophy earlier this year, was dropped from the currently edition of the domestic T20 competition and the following Vijay Hazare Trophy.

Kanishk Seth recently represented Krishnanagar Challengers in the Bengal T20 tournament where he returned with four wickets for his side. Overall, Seth has picked up 24 wickets and scored 45 runs in his T20 career so far.