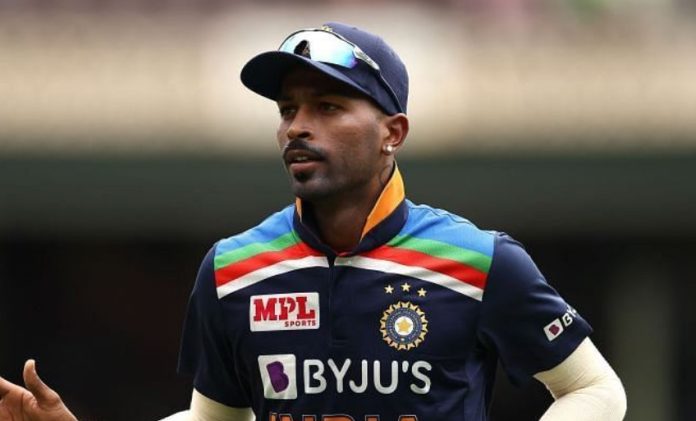 India’s all-rounder Hardik Pandya has decided to skip the upcoming Ranji Trophy. As a result, he will not be available to help the Baroda cricket team this time around. Meanwhile, Kedar Dhevdhar has been named the captain of the state team on Monday.

Vishnu Solanki was named the vice-captain of the team. The Ranji Trophy will commence on February 10. Baroda Cricket Association (BCA) revealed a 20-member squad ahead of the first phase of the competition. Hardik Pandya is alone missing from the squad.

On the other hand, Krunal Pandya is included in the squad. Hardik Pandya was recently axed from the white-ball set-up by the selectors. The 28-year-old is working hard behind the scenes in order to make a comeback to the Indian national cricket team.

The all-rounder hasn’t been considered a priority ever since the Twenty20 World Cup last year. Thus he made himself unavailable for the national cricket team due to his back injury. Moreover, he also received a lot of flak for not coming to bowl in the marquee event.

However, he is all set to cricketing action in the upcoming edition of the Indian Premier League. Ahmedabad Titans recruited his services for INR 15 crores as captain. Hardik Pandya will begin his new chapter as captain with the CVC-owned Ahmedabad franchise.

Recently, the BCCI president Sourav Ganguly specifically mentioned that he is expecting Hardik Pandya to take part in the upcoming Ranji Trophy. However, the all-rounder didn’t seem to show any sign of interest to play the tournament.

“Hardik was injured and a break was given to him to completely recover so that he can continue to serve Indian cricket for a long period of time. I believe I will see him play some Ranji Trophy to start with. I expect him to bowl a lot more overs and his body will get stronger,” BCCI President told PTI.