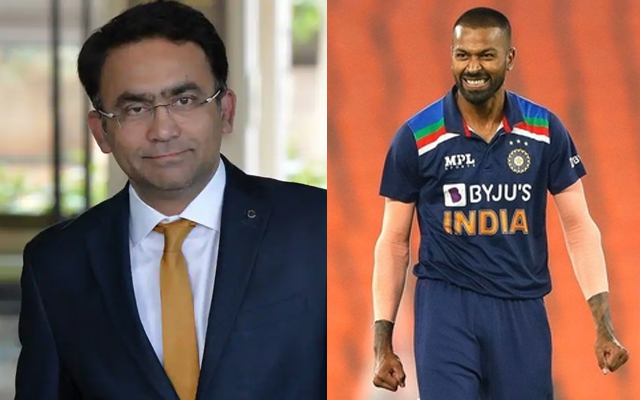 India’s all-rounder Hardik Pandya is currently going through the toughest phase of his cricketing career. The Baroda-born cricketer hasn’t been delivering the goods with the bat and ball consistently ever since his lower back injury in 2019. His untimely injury did have a detrimental effect on his career.

Not long ago, the five-time IPL champions, Mumbai Indians did not retain the famous Pandya brothers ahead of the mega IPL auction. Hardik Pandya, who has been a loyal asset to Mumbai Indians for quite a long time posted an emotional message after he was not retained by Mumbai Indians.

Pandya failed to express himself in the T20 World Cup 2021 and did not do much with the ball for both Team India and Mumbai Indians. Meanwhile, he also lost a place in the Indian national cricket team. The all-rounder still has a lot of catching up to do to establish a unique identity for himself.

The 28-year-old has quite a lot of time to work on himself in order to earn the trust of the selectors. It is certain that one loses a place in the team in the wake of poor performances. Team India require a quality all-rounder who can fulfil Hardik Pandya’s shoes.

Meanwhile, former India’s wicketkeeper-batsman Saba Karim has come up with an apt replacement for Hardik Pandya in the white-ball set-up. The former Indian cricketer highlighted Venkatesh Iyer’s recent innings and reckons that the youngster has all the tools who can replace Hardik Pandya.

Iyer drew praises from across the cricketing fraternity for his performances in the UAE leg of IPL 2021. The southpaw scored 348 runs and has also accounted for eight dismissals. “I believe that Venkatesh Iyer and Ruturaj Gaikwad have almost entered the first-team squad, and I’m talking about white-ball cricket.

“If we have to start the preparation for the 2023 World Cup, these two players should be part of the squad as soon as possible. They should be given as much exposure as possible. Both these players provide a different spectrum for the team.

“Gaikwad can be the backup opener with Rohit Sharma and KL Rahul going strong. On the other hand, Iyer has performed really well while batting at No. 5 or No. 6 in the Vijay Hazare trophy. If we are looking at the replacement for Hardik Pandya, we have already found the player,” the former wicketkeeper Karim said on the Khelneeti podcast.