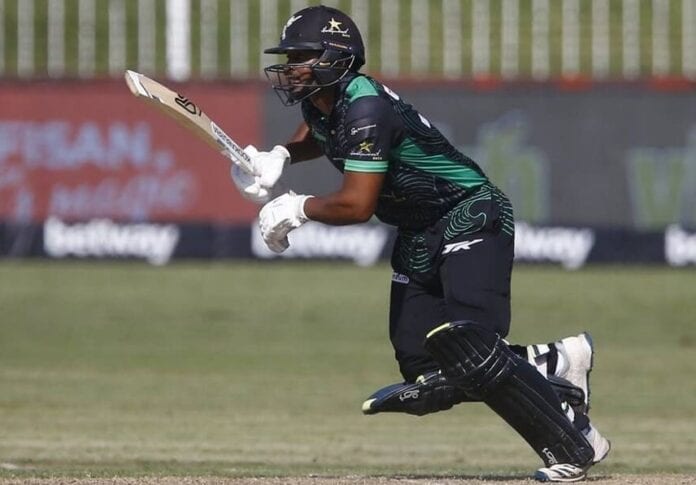 Incidents of a batsman or a bowler stealing the spotlight are many these days. Usually, in the game of cricket, it is either a batsman or a bowler who gets into the zone to entertain the audience. The batsman does it with cracking shots by hitting a six or a four. On the other hand, the bowler does it either by bowling tight deliveries to dismiss the batsman.

But we don’t often see both of them putting on a show at the same time because each one is from a different team. There is always a competition between a batsman and a bowler. However, one such instance in the CSA T20 Challenge showed us that both teams can entertain the fans in a different manner.

The intriguing incident happened in the second match of the CSA T20 Challenge 2021 when Dolphins and Cape Cobras locked horns with each other. Earlier, Dolphins captain Keshav Maharaj won the toss and elected to bat first at Kingsmead in Durban. However, they failed to provide a good start to the game as they lacked consistency and kept losing wickets.

Zondo and Mahima put on a good show

Khaya Zondo is a right-handed batsman by trait. However, to spice it up, he changed his batting stance to left and batted with a weaker left-hand after opposition bowler Siyabonga Mahima switched from a left-arm orthodox spinner to left-arm medium. This incident caught the eyeballs of the cricket fraternity and in no time, the video went viral on social media.

The astonishing incident happened during the 16th over of the game when Mahima turned medium pacer as Zondo played with left-hand. Their on-field antics left commentators and fans in surprise.

Watch the video below:

Zondo went about his business and scored a terrific half-century when no other batsman supported him. Zondo absolutely played a solo knock where he chipped in with 59 off 39 deliveries with the help of 6 fours and 2 sixes. On the contrary, Siyabonga Mahima took 4 wickets to his name as Dolphins posted 155/8 in 20 overs.

In reply, Cobras failed to chase down the target as they were reduced to 141/7 in 20 overs. Cobras’ captain Tony de Zorzi provided a good start the top but he got out after scoring 39 off 35 balls (5 fours, 1 six). Christiaan Jonker showed a great fight in the run-chase by his quickfire 41* off 25 balls (4 fours, 2 sixes). Dolphins captain Keshav Maharaj took 4 wickets to his name. In the end, Dolphins won the game by 14 runs.