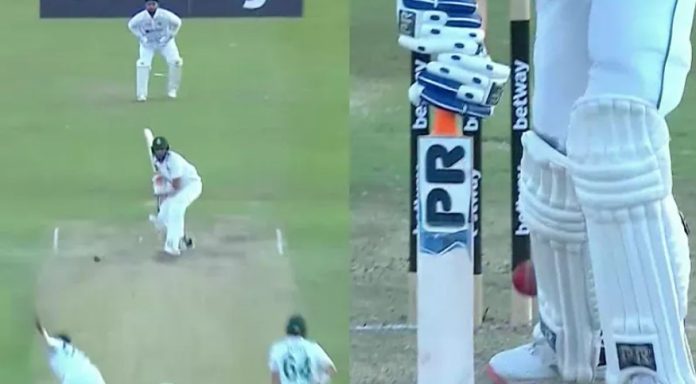 India’s fast bowler Jasprit Bumrah has been in the surreal form of late. The right-arm fast bowler has perfected the art of sticking to his preferred line and length. He is currently part of the ongoing Test series between South Africa and India at SuperSport Park in Centurion.

The first four days of the first Test have been done and dusted. As of now, India are in a comfortable position of surging ahead in terms of taking the lead in the series. Among all the contributors, Jasprit Bumrah was cut above the rest of the bowlers, especially in the second innings.

Earlier, Mohammed Shami led the attack by example and registered a five-wicket haul in the first innings. Jasprit Bumrah also bowled well and deservedly accounted for two dismissals. Furthermore, he took his bowling to the next level in the second innings as well. He went on to take two wickets.

Meanwhile, Jasprit Bumrah is often known to surprise the batters by bowling pin-point yorkers. We have come across batters narrowly missing out on getting bowled, thanks to their rock-solid defence. Although the majority of the batters try to defend the ball in the first place, they end up making a mistake which in turn costs a wicket.

Likewise, Keshav Maharaj came across a delivery bowled by Jasprit Bumrah where the former had only one intention in mind and that is to defend it whatsoever. Even though he made the right choice, his reaction was pretty low as Bumrah’s delivery came like a tracer bullet.

The ball went on to crash Maharaj’s stumps in the penultimate ball of Day 4. Meanwhile, Harsha Bhogle was mighty pleased with Bumrah’s delivery as he showered praise on the fast bowler on his Twitter handle.

Bhogle stressed that Maharaj could do nothing but instead praised Bumrah for his delivery. “Nothing Maharaj could do, just a great ball from Bumrah to end the day,” Harsha Bhogle tweeted.

Nothing Maharaj could do, just a great ball from Bumrah to end the day.