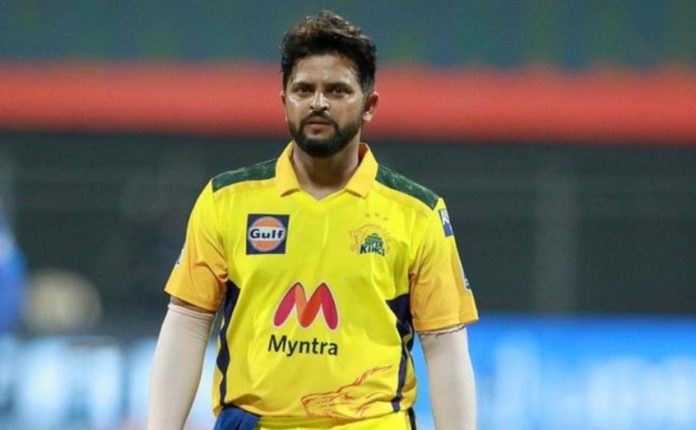 The IPL 2022 mega auction lived up to the hype as all ten franchisees roped in as many players as possible in Bengaluru. Meanwhile, it was a big surprise when Chennai Super Kings did not bid for their talismanic run-scorer at the mega auction.

In fact, no franchise showed any interest to bid for him. Tagged as “Mr IPL” Suresh Raina once ruled the tournament with his batting exploits. He was also the leading run-scorer in the tournament. However, as seasons passed, his form started to deteriorate.

The experienced campaigner did not play the IPL 2020 season owing to personal reasons. Although he made a comeback in IPL 2021 season, he hardly showcased his mettle. He played 12 games for the franchise in the last season where he scored 160 runs at an average of 17.77.

Raina managed to score just one fifty to his name in the last season. Since his form went from bad to worse, CSK released the southpaw ahead of the auction. However, the fans expected the franchise to buy him in the mega auction and that didn’t happen. Shockingly, this is the first time that Raina went unsold in the auction.

Meanwhile, CSK CEO Kasi Vishwanathan revealed the reason behind not buying Mr IPL at the auction. Speaking on his YouTube channel, CSK CEO said, “Raina has been one of the most consistent performers for CSK for the last 12 years.

“Of course, it was very difficult for us, no to have Raina but at the same time you should also understand that the team composition depends on the form and kind of team which any team would like to have so that’s one of the reasons why we thought he may not fit into this team,” he added.

Apart from Suresh Raina, CSK also let go of Faf du Plessis at the mega auction. The Proteas international scored 633 runs in the title-winning season and finished the league as the second-highest run-scorer, only two runs behind orange cap holder Ruturaj Gaikwad.

“We will miss him, we will miss Faf who has been with us for the last decade that’s the process and dynamics of the auction,” concluded CSK CEO Viswanath.