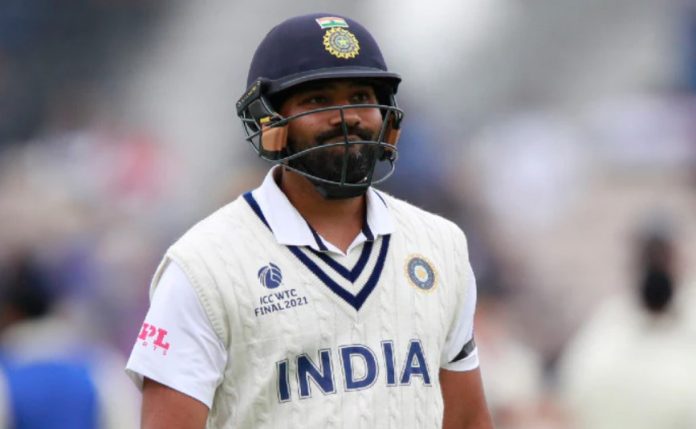 The Board of Control for Cricket in India (BCCI) is all set to appoint Rohit Sharma as the new Test captain. The development has been confirmed by the BCCI official. However, an official announcement is yet to be made. It is said that it will be announced before India versus West Indies series.

West Indies are currently at home locking horns with England in the five-match T20I series. The first two games have been done and dusted. West Indies won the first game by 9 wickets while the visitors came from behind to win the second game by 1 run to level the series.

On the other hand, Team India are expected to fly back home anytime soon. They had a bad Test and ODI series against South Africa. Earlier, Proteas beat India by 2-1 in the Test series and then whitewashed India in the ODI series by 3-0.

Meanwhile, the BCCI official told InsideSport that the national selectors will also speak to Rohit Sharma on his workload and fitness related issues. Rohit came under fire for his fitness-related issues. However, he has worked intensely at the NCA in Bangalore. As per the reports, Rohit reduced 6 kgs.

“Without any doubt Rohit Sharma will be the new test captain of India. Rohit was named vice captain before the South Africa series & will now be elevated as captain of the team. The announcement will be made soon”, said a senior BCCI official to InsideSport.

“The workload will be immense. He need to keep himself very agile and fit. I think the selectors will have a word with him. He will have to work to extra-bit on his fitness”, said the BCCI official.