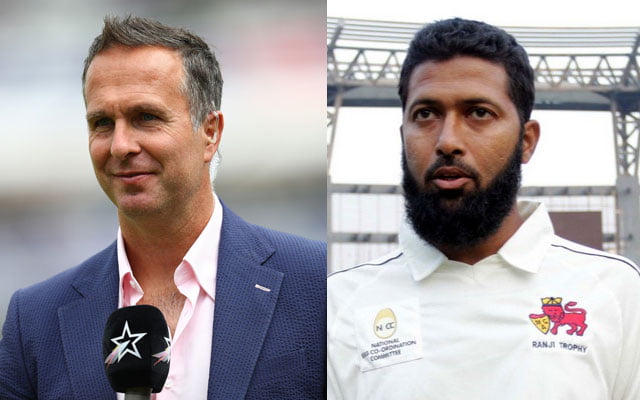 Ever since the advent of social media platforms, cricketers have often used this effectively to entertain and interact with the fans with ease. This helps the cricketers to build a special bond which also ultimately paves way for earning more followers. Coming to the point, the war of words, Twitter change and epic replies are quite common on Twitter these days.

At times, things can turn out to be a little nasty if the professionals take some tweets a bit more personal. We all know about former Indian cricketer Wasim Jaffer. He is currently hailed as the meme king on Twitter because of his ability to churn out hilarious memes. He often makes memes based on movies.

Interestingly, all of his memes were a super hit as they perfectly matched the exact situation. When a foreigner tries to troll Team India, Jaffer comes to the rescue by responding to them with an epic reply. Recently, former England captain Michael Vaughan tried to take a dig at the Indian cricket team following their terrible batting show against England in the first T20I.

Team India could muster 124/7 in 20 overs and struggled to score runs. Only Shreyas Iyer chipped in with 67 off 45 and apart from him, the boys showed no intent with the bat. England chased down the total and won the game by 8 wickets to take a 1-0 lead in the five-match T20I series.

Meanwhile, Vaughan took to Twitter and tagged five-time IPL champions Mumbai Indians in his tweet. The former cricketer was of the notion that Mumbai Indians are a better T20 team than the existing Indian team. In reply, Wasim Jaffer highlighted that unlike England other teams aren’t lucky enough to field 4 overseas players.

While the tweet became the talking point on Twitter, Michael Vaughan took that personally and replied with a bitter video tweet. Instead of taking the banter sportively, Vaughan decided to attack Jaffer personally by posting a video of himself getting Jaffer’s wicket at Lord’s.

Here’s the video of Lard’s dismissal: