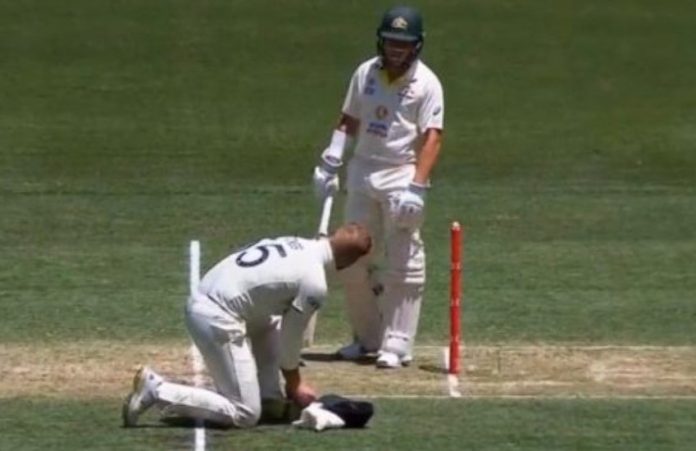 The third Ashes Test match between Australia and England once again turned out to be a one-sided affair with the hosts channelising their aggression to the next level. On the other hand, England players lacked the cutting edge to put on a show at the MCG. Australia won the game by an innings and 14 runs. The hosts retained the Ashes.

In the first innings of the MCG Test, England were bowled out for 185. Needless to say, England bowlers turned up the heat and compensated for the poor batting show. James Anderson led the attack by example and took four wickets to his name.

Mark Wood and Ollie Robinson looked good with the ball as well. The fast bowling duo took 2 wickets each. The likes of Ben Stokes and Jack Leach registered a wicket each. Australia were bowled out for 267 in the first innings.

Marcus Harris led the attack by example for the Aussies as he pitched in with 76. He constructed his innings with the help of 7 boundaries. During the first innings, Harris completely lost his cool with the hotspot technology.

A little bit of a language warning here but interesting to hear Marcus Harris’ thoughts on the DRS.

According to the video, it clearly seems that Marcus Harris isn’t a big fan of hotspot as he used some cuss words to vent his frustration out at the technology. The drama unfolded when the on-field umpire Paul Reiffer incorrectly adjudged him for a leg before wicket.

It happened right after the southpaw tried to play all over a stump-lined delivery off Ben Stokes. When Harris went for the DRS, the hotspot technology didn’t come up with the right decision.

In fact, the red cherry passed way too close to his bat before hitting onto his pads but there was not even a sign of an edge on the hotspot. However, it was when the Snickometer technology came into play and identified a thick inside edge.

The umpire had to reverse his decision to ‘not out’. Meanwhile, Ben Stokes had asked Marcus Harris if he edged it. To which, the batter said, “I wasn’t 100 per cent sure but had a big mark on my bat. Thought it might have clipped both pads and maybe a little inside edge. Hotspot is f**king hopeless.”