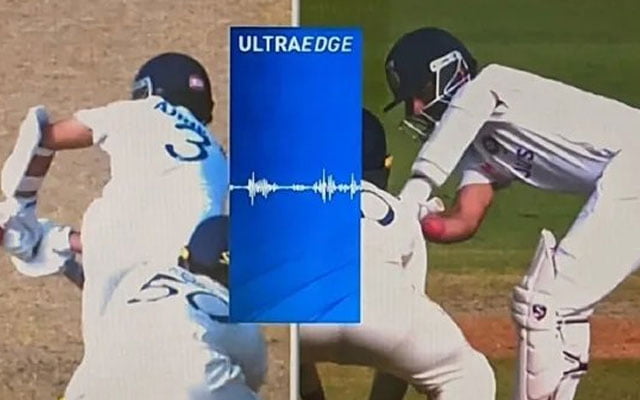 How often have we seen umpire’s decision affecting the outcome of the match? While it is often perceived that the technology has minimized the umpiring blunders, controversies still continue to kick-in. Even with the advent of technology, the umpires are still making mistakes at the worst scene.

Fans from every nook and corner of the cricket fraternity have often taken to their respective social media handles to lash out at umpires for their inability to give accurate decisions on the field. What’s worse than the TV umpire committing a howler even when the technology is right in place.

During the second Test match between India and England on Day 1 at Chepauk Stadium in Chennai, inexperienced Indian umpires came under fire for their assessments. During the second ball of the 75th over, Jack Leach delivered a superb delivery to Indian Test vice-captain Ajinkya Rahane.

The 32-year-old veteran tried to defend the ball in the first place but he ended up missing it completely. But what happened next was the ball went on to touch Rahane’s gloves before going to forward short-leg. But, an umpiring blunder denied Jack Leach Rahane’s wicket.

England took the DRS after the umpire failed to raise his finger after a strong appeal from Jack Leach. Earlier, the TV replay revealed that there was a flat line when the ball escaped from the bat as third umpire Anil Chaudhary gave Rahane “not out”. However, the actual issue was that the ball had flicked Rahane’s glove after appearing suddenly from bat-pad. Ollie Pope took an easy catch but Ajinkya survived. The TV umpire failed to notice the nick.

“The appeal for a catch against Rahane, before he got out, was quite poorly handled. Should have checked snickometer on the way up. By allowing England to retain the review, have they admitted they were wrong?,” Harsha Bhogle tweeted.

Former Australian all-rounder Glenn Maxwell also expressed his opinion on Twitter. He wrote: “How can a third umpire not look at that?!?! Meanwhile, Ajinkya didn’t make most of the reprieve as he departed for 67 including 9 fours.