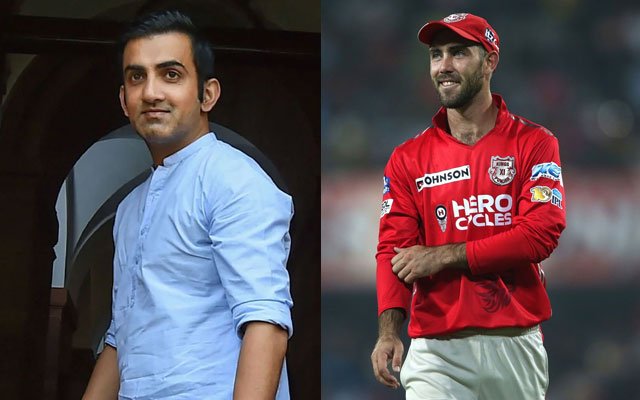 The 32-year-old all-rounder managed to score just 108 runs in 13 runs at a poor batting average of 15.42. The hard-hitting all-rounder, who was purchased for Rs 10.75 crore by Kings XI Punjab (KXIP) in the IPL 2020 auction didn’t hit even a single six in the United Arab Emirates last time.

Ahead of the upcoming mini-IPL auction on February 18 in Chennai, all the eight IPL franchises offloaded certain players. At the same time, they also retained the right set of players. Meanwhile, Kings XI Punjab released Glenn Maxwell ahead of the auction, which means the Australian all-rounder will go under the hammer in the auction.

RCB may go after Glenn Maxwell

Since the all-rounder failed to deliver performances, there are doubts as to which franchise would press the case to sign him in the auction. Meanwhile, former Indian cricketer Gautam Gambhir opines that Royal Challengers Bangalore may recruit the services of Glenn Maxwell in the upcoming auction.

“There is Kings XI Punjab, there is RCB, who will be looking to get some players to get their balance right. There are teams who will be looking at someone like Maxwell. Surely, RCB will be looking at him. That is my personal opinion. Anything can happen at the auctions. But I feel Maxwell will go to RCB,” the former two-time IPL winning captain said on Star Sports during the Lunch break on Day 1 of the 2nd Test between India and England.

“Because if I look at their entire batting line-up they have got, Virat Kohli will definitely be looking to open the batting, because that is where he has been most successful. Padikkal has done very, very well for them in the previous season. Then they have got AB, and then they can have someone like Maxwell – the X factor,” he added in a statement.

Gambhir personally thinks Maxwell should go to RCB since he has done quite well at this ground. “And at Chinnaswamy, where he has done very well. Whenever he has played at Chinnaswamy, he has won games for Australia. So, I think, Maxwell will go to RCB. Depending on how much RCB will give for him, but I feel he would go for a lot of money,” Gambhir stated.