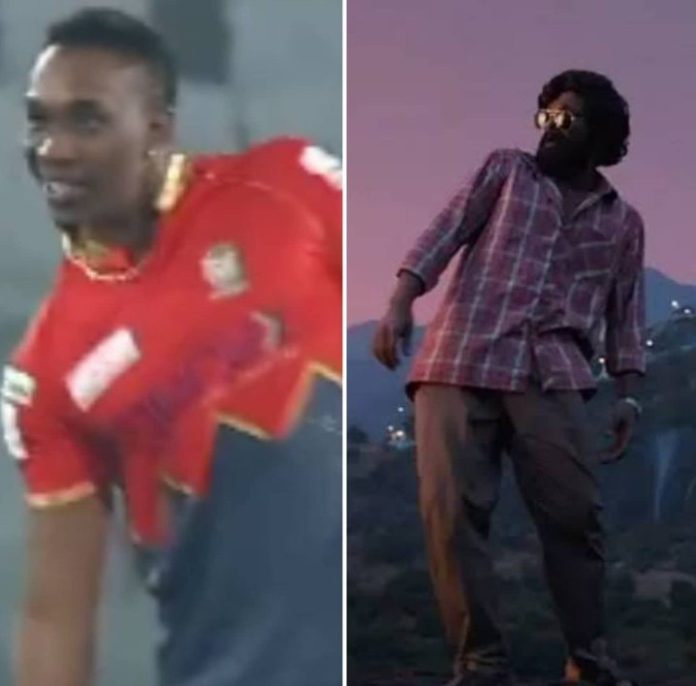 After several cricketers perfected the famous Pushpa hook step, former West Indies cricketer Dwayne Bravo produced his own version of the trending dance step that has gone viral on social media. Bravo did the hook step after picking up a wicket in a BPL game between Comilla Victorians and Fortune Barishal on Tuesday.

The incident took place in the 18th over of the match when Mahidul Islam Ankon tried to clear the fence off Dwayne Bravo. It was a short pitch delivery around middle and leg, and the batter rocked back in the crease to play the pull shot. While he timed the ball but didn’t get the perfect elevation to clear the ground.

He ultimately holed out to Najmul Hossain Shanto at deep mid-wicket. Dwyane Bravo celebrated his second wicket hook step of Allu Arjun of Srivalli song from the movie ‘Pushpa: The Rise’.

This is not the first time Bravo has celebrated his wicket with a dance move. He is known for his trademark ‘Champion’ celebration and also mastered that Gangnam style, that went viral on the internet.

The Champion, @DJBravo47 channels his inner 𝑷𝒖𝒔𝒉𝒑𝒂 🕺🏼 after sending Mahidul Islam Ankon back to the pavilion! 😍

Meanwhile, Nazmul Islam and Shakib Al Hasan have already performed the hook step of the Pushpa movie earlier in the tournament.

Speaking of the game, riding on Dwayne Bravo’s 3/30, Fortune Barishal managed to restrict Comilla to 158/7. Mahmud Hasan Joy played a valiant knock of 48 runs while the lower middle-order chipped in with useful contributions before the bowlers joined the party to uproot Barishal for 95 runs.