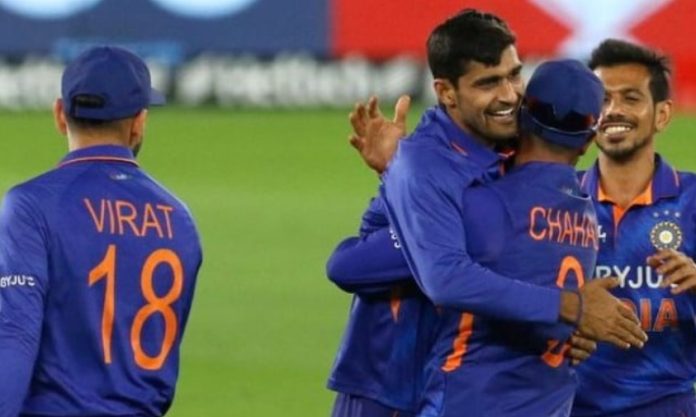 Indian cricketer Deepak Hooda hogged the limelight for his display in the run-chase during the first ODI against West Indies. When the hosts lost 4 wickets, the pressure was piling up on Deepak Hooda and Suryakumar Yadav’s shoulders. However, the duo minced the pressure by playing confidently.

Both the right-handed batters ensured to make themselves comfortable with the bat. They held their nerves and added a 62-run partnership. The match-winning partnership helped India pull off the ropes in style. Just as when West Indies tried to get back into the game, Hooda and Yadav took the game away from the opposition.

Suryakumar Yadav scored 34 runs while Deepak Hooda scored 26 runs including 2 fours on his ODI debut. The duo remained not out till the end and helped the hosts sail over the ropes in the historic 1000th ODI match. India won the game by 6 wickets.

Deepak Hooda was featured in the second ODI as well. He managed to score 29 off 25 balls including 2 fours. Apart from his valuable contribution as a batter, Deepak Hooda showcased his strength with the ball as well.

The Rajasthan cricketer bowled four wickets in the second ODI in Ahmedabad. The 26-year-old right-arm off-break bowler registered his maiden ODI wicket. Notably, it turned out to be a big wicket.

Hooda bowled a slower delivery to Shamarh Brooks and the latter who was batting on 44 decided to go for a big shot. He connected the ball in the hope that he would hit it for a six. As it happened, his shot lacked enough distance as Suryakumar Yadav took a good catch in his safe pair of hands at long-on.

After taking his maiden wicket in ODIs, Deepak Hooda couldn’t control his emotions as he celebrated the special moment with his teammates. He was spotted hugging Virat Kohli and the video clip spread like wildfire on social media.