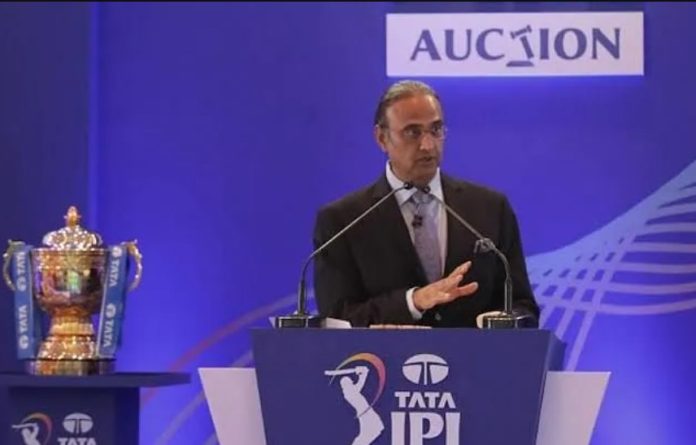 The two-day jam-packed mega auction offered a window of opportunity for all teams to bag the right players in Bangalore. All 10 teams approached the bidding process tactically. In some cases, they broke the wallet by signing the most-wanted players during the auction.

As many as 590 players went under the hammer in the two-day auction on February 12 and 13 respectively. All 10 franchises spent as much as Rs 550 crores on 204 players. During the auction, IPL auctioneer Hugh Edmeades unexpectedly fell on the floor, in what was an accident on the first day.

The experienced auctioneer collapsed on the dais due to Postural Hypotension. The auction was delayed for a while before renowned sports presenter Charu Sharma came to BCCI’s rescue and took charge as the auctioneer upon being called at brief notice.

Charu Sharma makes a big blunder during the mega auction

Notably, the interim auctioneer Charu Sharma was top-notch at the auction as he managed all the proceedings. However, he made a big mistake during the auction. He had mistakenly sold Khaleel Ahmed, to Delhi Capitals instead of Mumbai Indians.

In fact, the five-time IPL champions had the highest bid for the left-arm fast bowler on the second day of the auction. The drama unfolded when Mumbai Indians launched a Rs 5.25-crore bid for the pacer. After that, the DC co-owner Kiran Kumar Grandhi bid for ₹5.5 crore but quickly backed out.

Meanwhile, the experienced sports presenter Charu Sharma was confused by this and made a mistake. The interim auctioneer mentioned that Delhi Capitals bid 5.25 crores for the Khaleel despite Mumbai Indians already having bid the same price.

The former SRH fast bowler registered himself at the mega auction for his base price of Rs 50 lakh. Finally, the Mumbai-based franchise was robbed of the fast bowler despite having a maximum bid of 5.25 crore. On the other hand, DC recruited the paceman for Rs 5.25 crore despite bidding only Rs 5 crore.