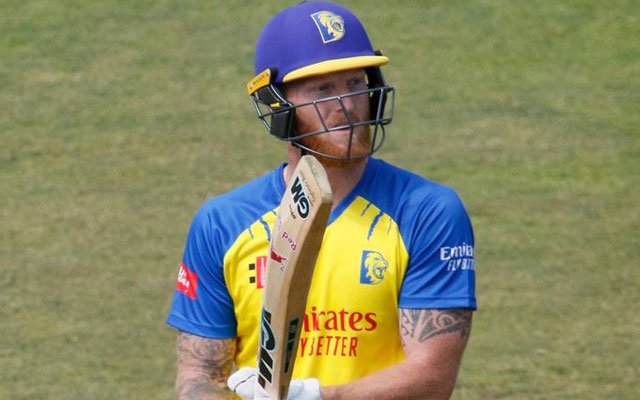 England’s all-rounder Ben Stokes was on the receiving end when West Indies cricketer Carlos Brathwaite punched as many as 4 maximums in the last over of the ICC T20 World Cup 2016 final at Eden Gardens in Kolkata. West Indies scripted history as they came through with flying colours in the marquee event.

Brathwaite will forever remember the moment as he hammered 4 consecutive sixes to win the World Cup for West Indies. On the other hand, Ben Stokes tried his maximum best to defend the target but ended up conceding too many runs. In the end, West Indies went on to lift their second T20 World Cup.

As a result, West Indies also became the most successful team in T20 World Cup history. Ben Stokes wouldn’t forget the moment because he bowled at poor line and lengths to give enough freedom for Brathwaite to hit sixes. After the match, Stokes got emotional as England missed out on winning a trophy.

Ben Stokes gets his revenge on Carlos Brathwaite

Both the stalwarts faced each other in the County cricket match of the T20 Blast 2021 tournament. During the match between Warwickshire and Durham, Stokes got his revenge on the West Indies’ international as he took the bowling attack to the cleaners.

Durham posted 164/8 in 20 overs. Carlos Brathwaite accounted for 3 dismissals but conceded 42 runs in his quota of 4 overs. Tim Bresnan and Warwickshire captain Will Rhodes took 2 wickets apiece. In reply, Warwickshire were bowled out for just 130 in 18.3 overs.