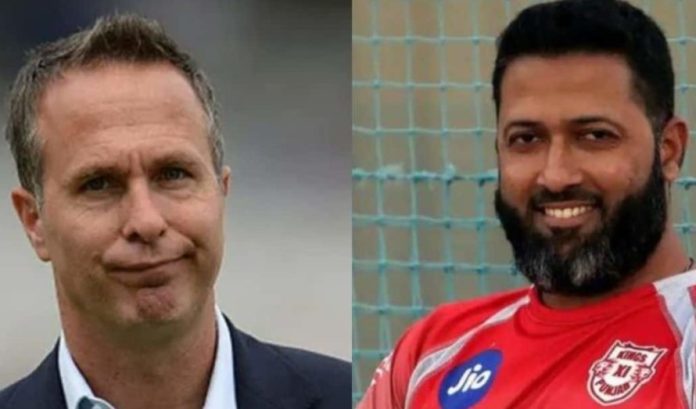 Cricket fans are truly blessed to see former cricketers having a go at each other especially on social media. There were several occasions when the former players went toe-to-toe with each other in the form of banter. However, the ones who entertained all of us are Michael Vaughan and Wasim Jaffer.

There has always been a healthy banter between these two stalwarts on the Twitter platform. Whenever the former England captain Michael Vaughan trolls Team India for shambolic performance, Wasim Jaffer is one who comes to India’s rescue to give a befitting reply to the post. This has been the case so far.

Although both haven’t crossed paths with each other for a long time now, England’s collapse against Australia led Wasim Jaffer to pull Michael Vaughan’s leg once again this time. England’s terrible performance against Australia in the Ashes was there for everyone to see.

Joe Root and his teammates were left clueless more often than not. They were criticized for their inability to come up with a proper game plan and tactics. On the other hand, Australia’s disciplinary approach yielded rewards and paid them rich dividends. England players’ body language didn’t have a modicum of energy.

With the Ashes series on the line, England were supposed to respond in the crucial situation. However, they ended up playing right into the hands of Australia in the MCG. Following England’s humiliation against Australia, Wasim Jaffer took to Twitter and tagged Michael Vaughan in his recent video clip.

However, England were bowled out for just 68. Australia won the game by an innings and 14 runs and retained the Ashes. Jaffer couldn’t stop tagging Vaughan and trolling him on Twitter.