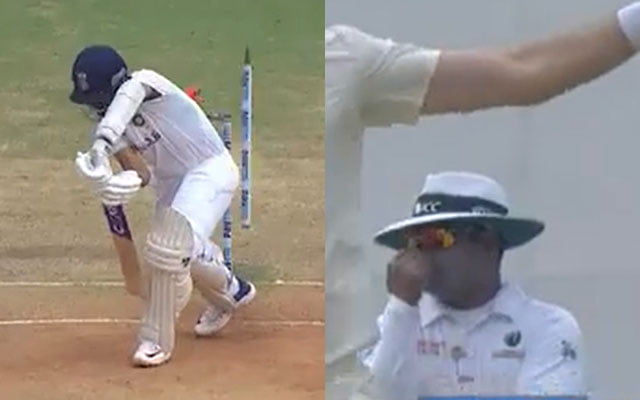 England fast bowler James Anderson used his experience to good effect during the first Test match against India at Chepauk Stadium in Chennai. The manner in which the pacer went about his business was really admirable. He took 2 wickets in the first innings where he dismissed the tail-enders namely Ishant Sharma and Jasprit Bumrah.

At an age where cricketers are calling it quits from the sport, the 38-year-old James Anderson still has the aura to produce magical spells during the passage of play. In fact, he is getting better at the time even at the age of 38 years. It is really impressive. The veteran pacer who is challenging himself constantly is indeed a great role model for the rest of the team.

His bowling skill level is right up there with any bowler the cricket fraternity has seen. The right-arm fast bowler took his bowling to the next level by taking three key wickets during Indian’s run-chase. Anderson proved once again why he is the best swing bowler in the world.

Team India resumed Day 5 with 39/1. Cheteshwar Pujara and Shubman Gill stepped out to bat when India required 381 runs to win the game. Jack Leach who got rid of Rohit Sharma for 12 runs went on to dismiss Pujara on the last day early on. Meanwhile, Joe Root decided to bring James Anderson into the attack.

The 38-year-old pacer weaved the magic with the ball by dismissing the set batsman Shubman Gill. The youngster who looked good for his fifty failed was clean bowled by the pacer himself. After getting rid of Gill in the second ball of the 27th over, he went on to castle Ajinkya Rahane’s stumps as the vice-captain departed for a duck.

Soon after Anderson sent Rahane’s stump for a walk, Indian umpire Nitin Menon couldn’t control himself from reacting to Rahane’s dismissal as he gave a hilarious reaction. Meanwhile, James Anderson even got better as the overs progressed as he dismissed in-form player Rishabh Pant. It is fair to say that Anderson’s magical spell helped England get the better of India by 227 runs.