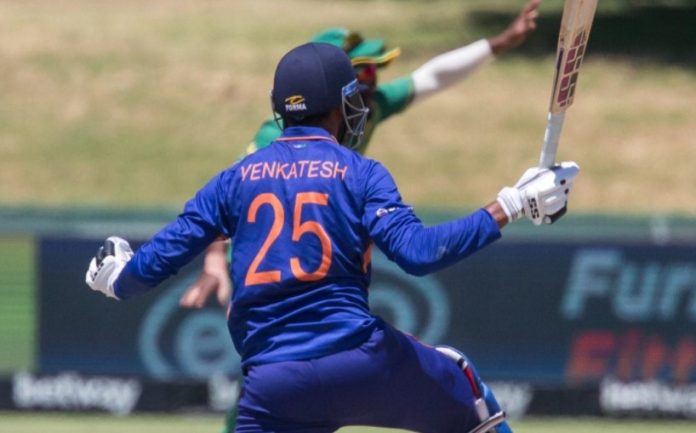 Former Indian cricketer Gautam Gambhir reckons Venkatesh Iyer hasn’t attained the maturity level yet in terms of playing the One-Day Internationals. Earlier, the selectors named him in the ODI squad for the South Africa ODI series.

Venkatesh Iyer played the first and second ODI at Boland Park in Paarl. He was dropped for the dead rubber at Newlands in Cape Town. Iyer failed to showcase his mettle in the middle-order in the first two games as he could score just 24 runs in 2 games.

The southpaw scored 2 runs off 7 balls before getting dismissed by Lungi Ngidi in the first ODI. However, in the second ODI, he did manage to hang on for a while but wasted deliveries at the same time. He scored 22 off 33 balls including one six to his name.

Former Indian cricketer Gautam Gambir was not at all pleased with Venkatesh Iyer’s performance in the recently-concluded ODI series against South Africa. Upon watching his performance, Gambhir said Venkatesh Iyer is not suitable to play ODIs.

The former cricketer added that Venkatesh Iyer should be in contention to play only the T20Is. Speaking to Star Sports, Gambhir explained the reason why Venkatesh Iyer is not the suitable material to play the One-Day Internationals.