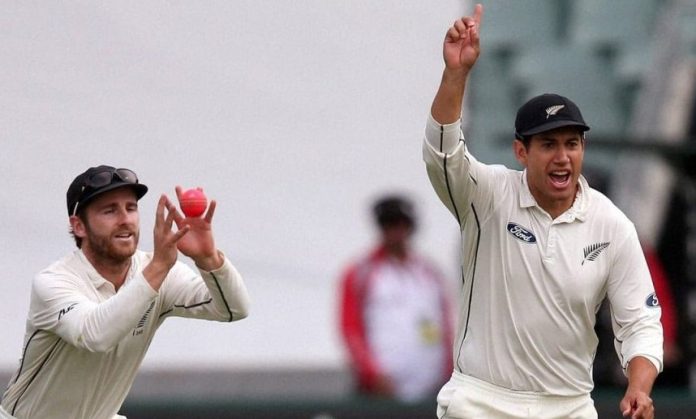 New Zealand cricketer Ross Taylor shocked the cricket fraternity with his announcement about his cricketing future a couple of days ago. The veteran cricketer confirmed that he would call it quits from international cricket at the end of New Zealand’s home campaign.

Ross Taylor has a massive fan-following all across the world. Meanwhile, fans across the globe took to their respective social media accounts and thanked the legend for creating ripples in international cricket. Taylor has been one of the pillars of New Zealand cricket.

Taylor who kick-started his international career in March 2006 against West Indies thanked his fans and followers for the massive support. The legend took to Twitter and announced that he will retire after the ongoing Test series against Bangladesh. Ross Taylor will also play the ODI series against Australia and the Netherlands.

“I’m announcing my retirement from international cricket at the conclusion of the home summer, two more tests against Bangladesh, and six odi’s against Australia & the Netherlands. Thank you for 17 years of incredible support. It’s been an honour to represent my country #234,” wrote Taylor on Twitter.

New Zealand cricket Ross Taylor is known to be a cool customer on the field. However, there were instances when he too lost his cool. Fans recall Ross Taylor’s Hindi cuss word during the game against India back in 2016.

It was when New Zealand toured India and Taylor was annoyed after sub-standard umpiring decisions in the second Test. Well, the game was equally poised on Day 3 after Kiwis batted second. They still trailing Team India by 112 runs.

India were looking to extend the lead. On the other hand, Kiwis were determined to save the Test. During the game when Taylor was positioned at the slips, he saw Kohli getting a big deflection off his bat off Trent Boult’s delivery.

Kane Williamson caught the ball in the process. While the Kiwis made a loud appeal, the umpire wasn’t interested one bit as he didn’t raise his finger. Meanwhile, when the cameras were zoomed in on Taylor. The veteran vented his frustration in the form of a Hindi cuss word. He initially shouted ‘F***’ before saying the Hindi cuss word ‘Be****d’