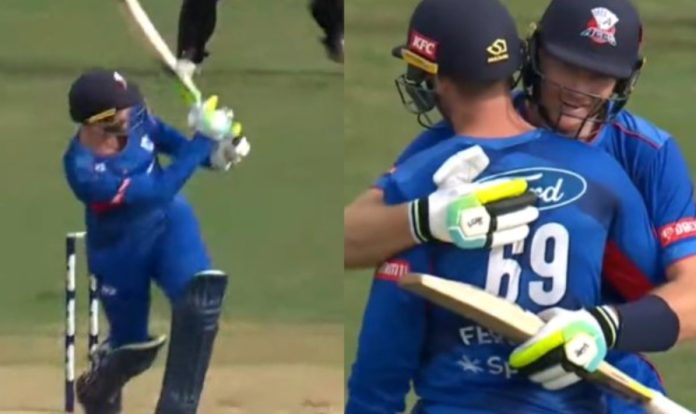 The ongoing Super Smash 2021-22 tournament has already lived up to the expectations of the fans. The Twenty20 tournament saw batters, bowlers and fielders giving absolutely everything during the course of the game. Meanwhile, the recently-concluded game between Central Districts and Auckland turned out to be one heck of a contest.

The 14th game of the tournament took place at Fitzherbert Park, Palmerston North. Central Districts captain Tom Bruce won the toss and opt to bat first. The franchise posted a competitive total in their quota of 20 overs. Greg Hay top-scored with 57 off 45 balls including 4 boundaries and 2 hits over the fence.

Auckland player Lockie Ferguson impressed everyone with his contribution with the ball and bat against Central Districts. He led the bowling attack by example as he accounted for two dismissals. Ferguson registered 2/24 in his quota of 4 overs.

When the team required 5 runs off the last two deliveries, Ferguson smashed the ball for a six and won the game for Auckland. Earlier, Martin Guptill got off to a blistering start to the game as he scored runs at a rapid rate.

The right-handed batsman chipped in with 79 off 58 balls including 7 boundaries and 3 sixes. Auckland captain Robert ODonnell scored 34 off 26 balls with the help of 4 fours and a six.

Blair Tickner took 3 wickets for Central Districts. Lockie Ferguson hammered a six towards the backward square leg off Joey Field. Both teams gave absolutely everything till the end but Auckland had the extra punch as they won the game by 4 wickets.