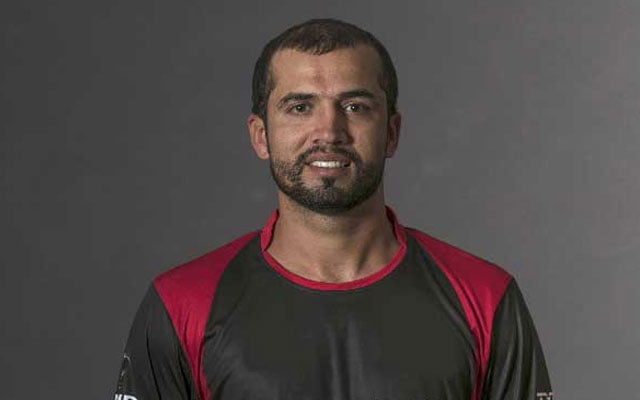 During the 6th match of the Abu Dhabi T10 league between Team Abu Dhabi and Northern Warriors, a hilarious incident was recorded on the field. Although the game had every bit of masala from the start till the end, the ultimate highlight was a bizarre incident that has probably not seen in cricket before.

In a first, the cricketer identified as Rohan Mustafa was caught half-naked and by the time, he had half the shirt on, he inadvertently conceded a boundary, leaving the cricket fraternity in stitches. For the first time, his teammates and the opposition players were caught laughing after watching this incident on the field.

The T10 league match kept the fans at the edge of their seats. The thrilling encounter went down to the wire with an epic final ball climax. Team Abu Dhabi batted first and scored massive total of 123/3. Joe Clarke was the pick of the batsmen as he chipped in with an unbeaten half-century off 24 balls.

Team Abu Dhabi skipper Luke Wright was the next-best batsman during the game as he scored 33 off 15 deliveries. Ben Duckett scored 31 off 17 deliveries. In response to a huge total, Northern Warriors started the innings pretty quickly. The Warriors aced the run-chase in the last ball.

When they required only 2 runs off the final delivery, Rovman Powell hit 2 runs and steered his team to the finishing line. Waseem Muhammad was the player of the match as he notched up a match-winning knock. He scored a fantabulous 76 off 34 balls with the help of 7 fours and 6 sixes.

Rohan Mustafa who failed to stop a boundary while he didn’t have his shirt on in a game against Northern Warriors explained the reason as to why he couldn’t stop the ball. He added that he was removing his sweater as the on-field umpires don’t take anything from pacers owing to COVID-19 rules. He further added that his shirt got stuck in the sweater.

“I was not changing jersey. I was removing my sweater and shirt got stuck in it as I was bowling next over and umpire doesn’t take anything from bowler because of Covid rules…still apologize my @TeamADCricket for letting them down !!,” he added.