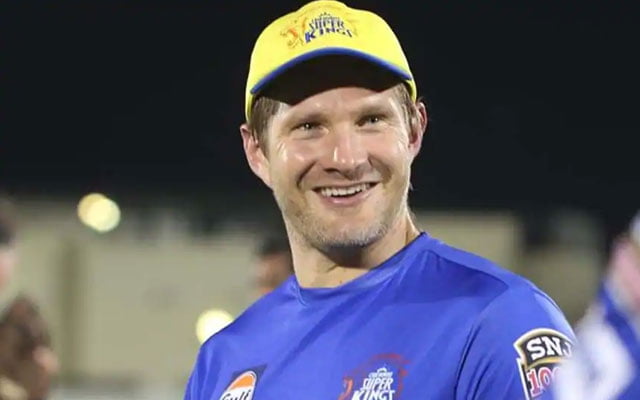 Veteran player and Chennai Super Kings all-rounder Shane Watson has officially retired from all forms of cricket. Earlier, the Australian unofficially announced his retirement, a decision he took right after Chennai Super Kings played the last game of their campaign against Kings XI Punjab in Abu Dhabi last Sunday.

Shane Watson initially confirmed the news to his CSK teammates in the dressing room after Chennai Super Kings defeated Kings XI Punjab by nine wickets on Sunday’s game. He also felt very emotional after announcing his decision to quit the sport which he truly loves the most. Four years ago, Watson retired from international cricket and since then, he has been plying his trade in domestic T20 tournaments.

Chennai Super Kings showed interest in signing Shane Watson in the 2018 mega IPL auction. Watson was super impressive in the debut season for CSK as he scored 555 runs and helped his team win the third trophy that season. His sensational century against Sunrisers Hyderabad in the final will forever be in the hearts of the CSK fans all across the world.

“Watson was very emotional when he told the CSK dressing room after the last game that he would retire. He said that it was a great privilege for him to play for the franchise,” a source told TOI.

Shane Watson posts emotional message on Twitter after his retirement

After announcing his retirement from all forms of the game, Shane Watson posted an emotional tweet on his Twitter handle. “This closing chapter is going to be so hard to top, but I am going to try. I truly am forever grateful to have lived this amazing dream. Now onto the next exciting one…#thankyou,” Shane Watson added.

As per the reports, Shane Watson might also be included as Chennai Super Kings support staff as the team is looking to change the structure and core for the upcoming season of the IPL. “He has always done very well against us, and Dhoni knows how important a player he could be if he is used properly at the top of the order,” a CSK official added in a statement.