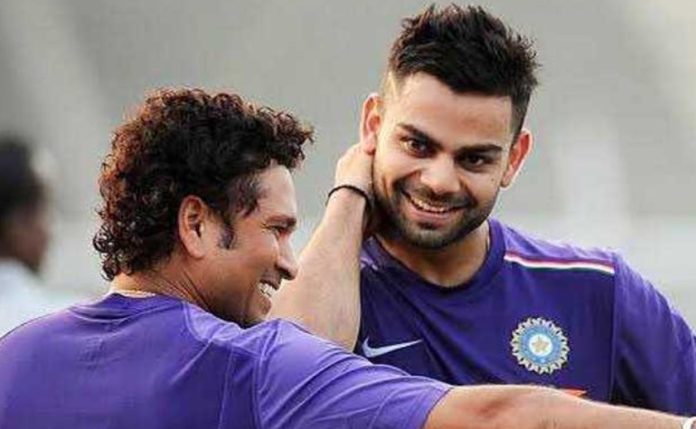 It is no secret that Sachin Tendulkar made cricket popular. When the little master came out to bat, countless fans would cheer him up to score runs and Tendulkar certainly did live up to his stature. He created waves in international cricket and his consistency reaped him rewards.

He created so many records as far as his international career is concerned. However, even the best players have to call it quits from the sport one day. When Sachin Tendulkar retired from international cricket, billions of people were sad as they couldn’t hold back their tears.

Virat Kohli was so much grateful to Sachin Tendulkar for what he has done to the game. Upon realising that Sachin, who inspired the entire nation to dream of becoming a massive cricketing powerhouse, Kohli gave his idol a gift, which is a sacred thread from Kohli’s father, Prem Kohli.

The prized asset was one that Virat’s father Prem Kohli had given him. In order to show how Sachin what he meant to him and India, Kohli decided to give that sacred threat to Sachin on his retirement.

While the legend kept the thread with him for some time, he ended up returning it to Kohli. During a candid chat with Graham Bensinger, Sachin opened up on why he decided to return it.

“I was sitting in one corner alone with a towel on my head and wiping tears and I was really emotional. And at that time, Virat had come to me and Virat gave me the sacred thread that his father had given him…

“And I kept that for a while and then returned that to him again. I said, “This is priceless and this has to stay with you and no one else. This is your property. And you should have it till your last breath.’ And I gave it back to him. So that was an emotional moment, something which will be always there in my memory, forever.”