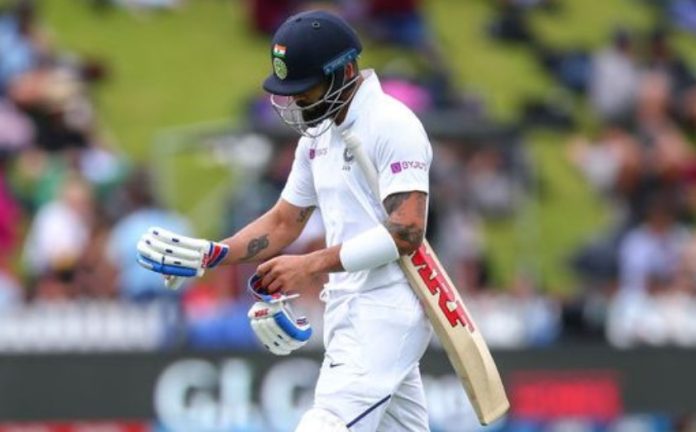 Indian Test captain Virat Kohli has shown signs of low self-esteem of late. His last international century came in a Test match against Bangladesh back in 2019. Since then, he has constructed handy knocks for the team, which is pretty much low considering a player of his stature.

Meanwhile, fans have been eagerly waiting for Kohli to end his century drought. Kohli who returned to cricketing action in the just-concluded Test series against New Zealand wasn’t at his best. He got out for a duck in the first innings of the Eden Gardens Test and then scored just 36 in the second innings.

The Indian Test captain is currently leading his pack in the first of the three-match Test series at SuperSport Park in Centurion. He once again lost his concentration while going about his business in the first innings.

Kohli scored 35 runs including 4 boundaries before falling prey to Lungi Ngidi’s bowling. While we expected the run-machine to make up for his mediocre batting in the first innings, nothing changed for him in the second innings.

It is surprising to see that the 33-year-old right-handed batsman who is known for his flawless batting technique is getting dismissed cheaply. During the first ball of the 33rd over, Marco Jansen bowled a casual delivery way outside the off-stump.

Virat Kohli played right into his hands and ended up losing his wicket. The skipper came in to bat when the scorecard read 54/3. At that time, India were leading by 130 runs where they played well without any sign of hesitation before lunch.

However, just the first ball after the break, Kohli once again attempted to play the cover drive off Marco Jansen. As it happened, Quinton de Kock took an easy catch behind the stumps. Meanwhile, Marco Jansen would never forget this moment as he got rid of Virat Kohli on his debut.

Kohli departed after making 18 runs. The skipper was also caught shaking his head upon watching the TV replay. He was not pleased with the way he responded to a harmless delivery.