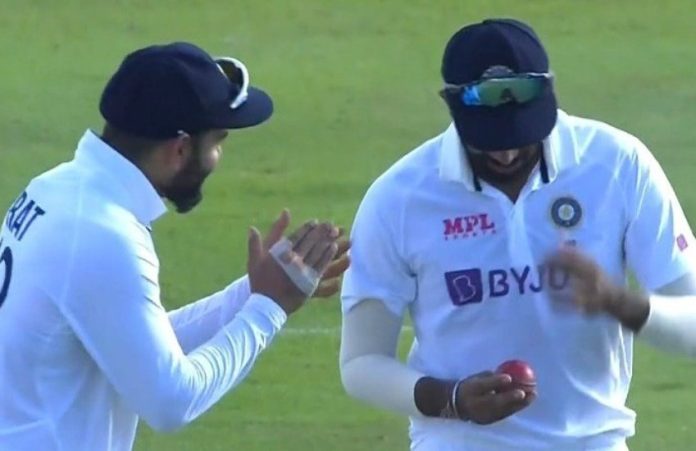 Team India are on top of the game in the first Test against South Africa at SuperSport Park in Centurion. The visitors ended Day 1 with 272/3 in 90 overs. The second day was washed out due to rain and hence there was no play possible on the day.

When the play resumed on Day 3, a drastic power shift took place in the game. Proteas’ bowlers who lacked fragments of energy recharged their batteries and dismantled the Indian batting line-up. The visitors lost wickets at regular intervals and were bowled out for 327.

Lungi Ngidi who took 3 wickets on Day 1 went on to take three more wickets to register 6/71 in his spell of 24 overs. Kagiso Rabada took three wickets to his credit while Marco Jansen ended up with a solitary wicket.

On the other hand, Indian bowlers gave it all they got in their repertoire and all their efforts paid rich dividends. The pacers stunned the Proteas batting line-up and the hosts were bowled out for 197 in the first innings. Mohammed Shami took 5 wickets while Jasprit Bumrah and Shardul Thakur took 2 wickets each.

Temba Bavuma top-scored with 52 runs including 10 fours. During the course of play, India’s premier fast bowler Jasprit Bumrah injured himself on the field. The fast bowler accidentally ended up twisting his right ankle while bowling in the first innings and was also seen wincing in pain.

The physio quickly attended to him only to check on his status. Later on, he walked off the field. The BCCI also took to Twitter and confirmed that Bumrah sustained a right ankle sprain while bowling in the first innings.

However, after a while, Bumrah returned to the field and Indian Test captain Virat Kohli was super happy upon seeing Bumrah back. The skipper encouraged Bumrah by clapping his hands. Kohli’s gesture put a smile on Bumrah’s face.