SA vs IND: Jasprit Bumrah plays an exquisite pull shot for a six off Kagiso Rabada 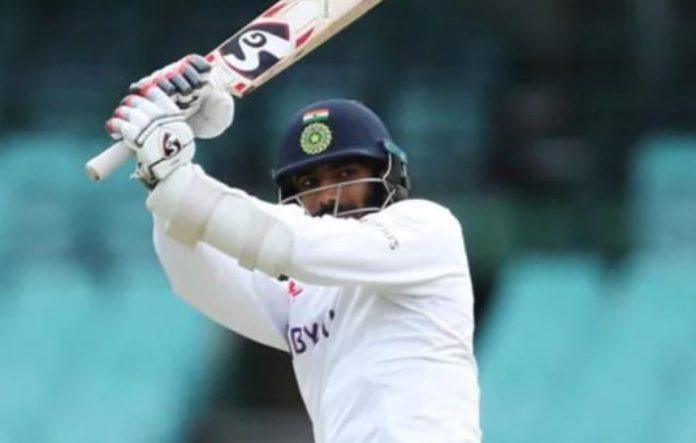 India are currently playing the second Test match against South Africa at The Wanderers Stadium, Johannesburg. KL Rahul is leading the pack in Virat Kohli’s absence as the latter opted out of the second Test due to a back spasm.

India won the toss and opted to bat first. However, they failed to deliver the goods just like the way they accomplished it in the first Test. India’s interim skipper KL Rahul was the pick of the batters as he scored a half-century with the help of 9 boundaries.

Marco Jansen bowled a tricky delivery to dismiss the skipper in the 46th over. In a first, Ajinkya Rahane departed for a golden duck in his Test career as Duanne Olivier dismissed him. Cheteshwar Pujara’s poor form continues as he got out for 3 runs as Duanne Olivier got rid of him.

Ravichandran Ashwin did a world of good to Team India by scoring 46 off 50 balls with the help of six boundaries. His attacking brand of cricket helped India to get past the 200-run mark. In the end, India were bowled out for 202 on Day 1. Marco Jansen bowled superbly for Proteas as he took 4 wickets to his name.

India’s fast bowler Jasprit Bumrah might not know advanced batting techniques but he certainly knows a thing or two to play shots. When Team India were looking for runs, Bumrah unexpectedly played a pull shot for a maximum off Kagiso Rabada.

Bumrah might not know the tricks and trade of batting but he scored boundaries and a six in the need of the hour. He chipped in with an unbeaten 14 off just 11 balls including 2 fours and a six. The commentator, fans and the bowler were taken aback by Bumrah’s shot.