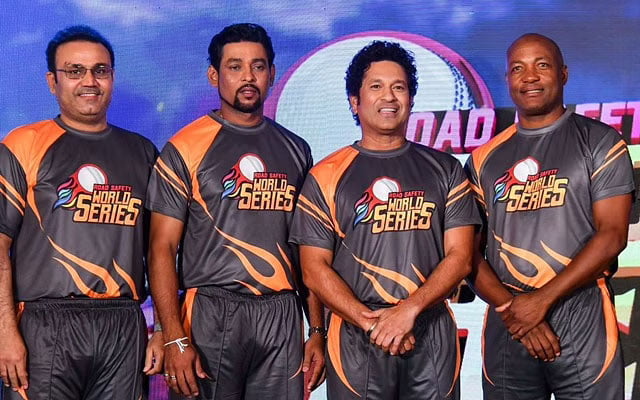 Cricket is the second-most-watched sport in the world. The sport earned enormous fanbase all across the world because of the way the legends approached the game. Back in those days, several cricketers earned a massive fan-following because of their ability to play elegant shots, take crucial wickets, take sensational catches, accomplish big milestones and so on.

In a fresh development, legends like Sachin Tendulkar, Virender Sehwag, Brian Lara, and Muttiah Muralitharan will spring into action once again in a bid to entertain the fans at the best scene. Meanwhile, the legends are geared up to spice it up on the field to take partake in the highly anticipated Road Safety World Series T20. The tourney is slated to be staged in Raipur from March 2 to 21.

Legends will participate in the tournament

It should be noted that the first season of the tourney was played last year. It was a tremendous hit among the supporters but had to be abandoned prematurely on March 11 after the coronavirus epidemic. However, with the situation going well in the last one month, the organisers set to host the remaining fixtures of the first season of the competition.

A couple of days ago, the organisers of the Road Safety World Series T20 announced that all the remaining fixtures will be played in the newly-constructed Shaheed Veer Narayan Singh International Cricket Stadium. The cricket stadium has a seating capacity of 65,000 in Raipur.

“An array of stars including Sachin Tendulkar, Virender Sehwag, Brian Lara, Bret Lee, Tillakaratne Dilshan, Muttiah Muralitharan and many more legends of five cricket playing nations – Australia, South Africa, Sri Lanka, West Indies and India will be back in the field to recreate the magic of old in the annual T20 cricket tournament, organized to create awareness towards road safety in the country,” a media release said.

“As cricket is the most followed sport in the country and cricketers are looked upon as idols, this League aims to influence and change people’s mindset towards their behaviour on the roads,” added the statement.