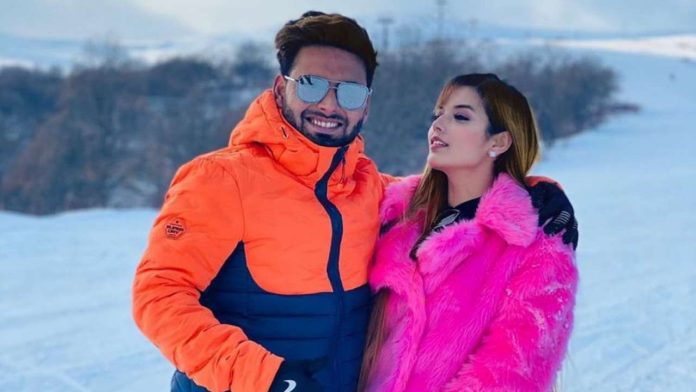 The flamboyant Team India wicket-keeper batsman Rishabh Pant is currently in Ahmedabad gearing up for the limited-overs series against West Indies.

While in isolation, it seems like Pant has forgotten the dates of his girlfriend Isha Negi’s birthday. Rishabh Pant wished Isha a happy birthday on his Instagram story on Wednesday. However, he soon deleted the story after Isha Negi reminded him that it was not her birthday by posting another Instagram story.

As it looks, Rishabh Pant got confused between 02 and 20. However, fans were quick to save the story and share it on social media.

Isha Negi also took to social media to update the fans that her birthday is on 20th February and not on 2nd. She wrote:

“Guys thanks for the lovely msgs and calls, but it’s not my birthday today. It’s on 20th.”

Rishabh Pant Is Someone Who Scares His Own Team – Mohammed Siraj

Ace Indian fast bowler Mohammed Siraj has recalled the atmosphere in dressing room at the Gabba, saying that Rishabh Pant can give heart attacks to his own team members.

Speaking on the documentary ‘Down Underdogs’ premiering on the Sony Sports Network, Siraj said:

“It’s difficult to put into words how nervous the dressing room was. Rishabh is someone who scares his own team. Just imagine the effect he must have on the opposition. We were all hoping and praying for Rishabh to stay in.”

“We just wanted him to keep batting because we knew we would win the game if he did.”

The win in Gabba will go down as one of the most historic wins in the history of Indian cricket. Riding on that win, India registered their second consecutive wins down under.