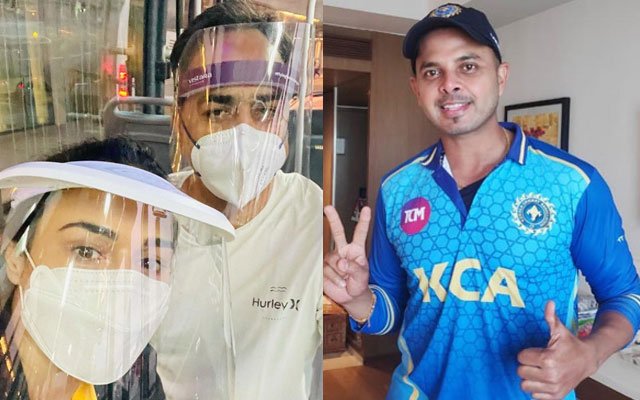 Kerala fast bowler Sreesanth maybe 37 years old but he still has a lot of cricket left in him. The cricket fraternity saw him making a sensational comeback to competitive cricket when he represented Kerala in the Syed Mushtaq Ali Trophy 2021 tournament. The right-arm fast bowler picked up a wicket on his comeback match and celebrated it in a grand fashion.

He went on to represent the state in 5 games wherein he accounted for 4 dismissals to his name. His comeback was quite good and after gaining the much-needed confidence, he registered his name at the IPL 2021 auction for a base price of INR 75 lakh. However, no franchise showed interest to sign the pacer as he went unsold at the mini-auction in Chennai.

Needless to say, he is not giving up. Sreesanth hopes he could still make an entry in the Indian Premier League. We have seen IPL teams signing players in the middle phase of the tournament for various reasons. Players may get injured or they may have national commitments. In such cases, teams sign players in the middle of the lucrative IPL.

It all started when the Bollywood actress Preity took to her official Instagram handle to ask her fans about the players they would like to play for Punjab Kings this time around. She uploaded a picture along with a long caption just a few hours prior to the mini-IPL auction in Chennai.

Punjab Kings co-owner wrote: “Landed in Chennai for the IPL auction. Super curious to know, which players would you like to see in the #PunjabKings jersey this year ???? Let me know folks – I’m all ears ???????????? #PBKS #SaddaPunjab #iplauction #iplauction2021 #Ting”.

It didn’t take much time for Sreesanth to drop some interesting comments on Preity’s post. The pacer attached a series of remarks where he typed his name before adding a few more comments. “Sreesanth,” wrote the pacer before adding: “But priceless As I’m not in auction nd yeah..May be u can still pick me ..All the best have fun..May God bless us all”