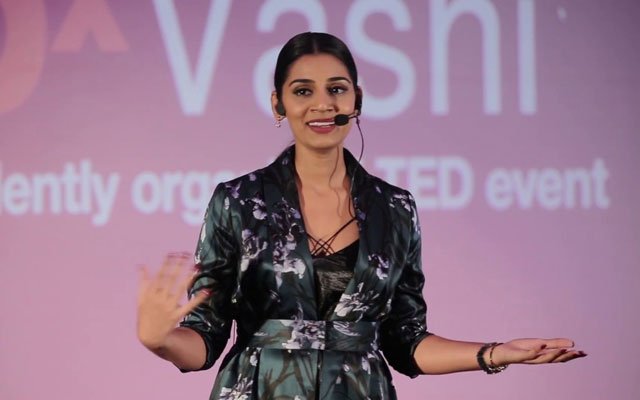 India’s star fast bowler Jasprit Bumrah made the headlines despite not featuring in the Indian cricket team. The right-arm fast bowler took a break from international cricket for personal reasons. He also revealed that he has taken a break for his marriage.

Since then, there were several rumours floating around over Bumrah’s better half. Netizens came up with some possible names and started playing guesswork on social media platforms. Reports suggested that Bumrah was reportedly getting hitched to South Indian actress Anupama Parameswaran.

The speculations of them dating and getting married soon has been the talking point as soon as the Indian pacer took a break for his marriage. The rumours gained more heat after the cricketer and the actress started following each other on social media. Nonetheless, all these rumours have been rubbished by Anupama’s mother.

After Anupama’s name is definitely out of the list, the fans were waiting for the official announcement of the girl who will be tying the knot with the pacer. Then there was another popular name that appeared which is Star sports presenter Sanjana Ganesan.

Jasprit Bumrah has finally married Sanjana Ganesan on 16th March. The function was held in a private manner as no cricketer was invited to join the party. Bumrah announced the news of his new chapter of life by writing a post on social media.

Who is Sanjana Ganesan?

Now, let’s learn about Sanjana Ganesan. She is a popular Indian model and anchor. She plies her trade for Star Sports where she interacted with former Indian cricketers like Sachin Tendulkar, Gautam Gambhir and others. She has also hosted many cricket, badminton, and football events.

Sanjana Ganesan was born in Pune, Maharashtra. She did her schooling at The Bishop’s School, Pune. In the year 2008, she pursued B.Tech from the Symbiosis Institute of Technology in her hometown.

Interestingly, she was a gold medalist in Symbiosis. After completing her college education, she plied her trade at IT and digital marketing firm, CDK Global, as a software engineer (2013 to 2014). She is 28 years old now.

She wanted to try modelling, and she took part in the “2012 Femina Style Diva” fashion show where she ended up as a finalist. However, in the subsequent year, she featured in the “Femina Officially Gorgeous” competition and won it.

After resigning from the IT and digital marketing firm, she took part in the reality TV show “MTV Splitsvilla 7”. At that time, she had an affair with her co-contestant, Ashwini Koul. Needless to say, the affair did not last long, and the couple parted ways in 2015.

Sanjana said that the best interviews she had taken so far in her career were with Sachin Tendulkar, Mahendra Singh Dhoni. Her favourite cricketer is also MS Dhoni.

In 2016, she was recruited by “Star Sports” as an anchor and sports presenter. In an interview, she stated, “Although I was comfortable in front of the camera, there were a lot of things which I had to learn to become a good sports anchor”. She also hosted a show named “Match-Point” during the Indian Premier League (IPL).

After she became recognised in this stream, she was finally roped in by Kolkata Knight Riders to host an exclusive show “Knight Club” for KKR regularly. In that particular show, she used to talk about KKR and its players.

The TV presenter often used to host one on one interviews with the players. She also interacted with KKR co-owner Shah Rukh Khan on the show. The famous female anchor hosted the 2019 Cricket World Cup from the Indian side.

Net Worth and Salary

Anchors are paid handsomely because of their presenting skills. In this case, Sanjana Ganesan has done ever so well ever since entering this stream. She has taken interviews with several Indian cricketers, celebrities.

Everyone are quite curious to know about Sanjana’s salary and net worth. It is certain that salary may change from time to time depending on the experience. As per the sources, her salary is estimated between 2-5 million annually and her net worth is INR 5 crore+ (as in 2020).

Perhaps, the Indian pacer and anchor might have surely met during the Indian Premier League or after the Indian cricket games. There were pictures of both of them circulating on the internet shows that she interviewed some Indian players and Bumrah was one among them.

Nonetheless, none of them responded to the rumours and widespread speculations and their managers have also did not give any information about the same. But now it’s been official as both the stars uploaded the pictures of their marriage which gathered millions of love and wish from everyone.

IND vs NZ 2023: 3 changes India can make for the third T20I against New Zealand