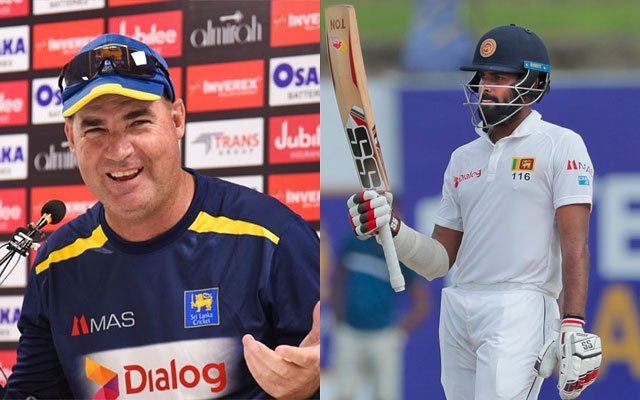 Sri Lanka suffered ignominy at the hands of England and South Africa. The Lankans lost their last 4 Tests, which is indeed a worrying sign. South Africa inflicted a 2-0 whitewash on Sri Lanka in the two-match Test series. After suffering a humiliation, they returned home to lock horns with England. Shockingly, they failed to perform well even at home.

England registered a 2-0 whitewash against Sri Lanka in Galle. Meanwhile, their current form in Test cricket is indeed shocking. They managed to secure only one win out of their last 9 Test matches.

“Immediately upon identification, both Mickey Arthur and Lahiru Thirimanne have been directed to follow the government’s health protocol laid out on COVID-19,” said the SLC in a statement.

The talented cricketer finally found his form with the willow in the longest format of the game. He impressed his team by scoring his first Test hundred since 2013 during the second innings of the Test opener against England at Galle. Sri Lankan cricket fans will hope that Thirimanne and Arthur would recover soon.

Sri Lanka tour of West Indies may get rescheduled

Meanwhile, Sri Lanka’s tour of West Indies may be rescheduled. The news was confirmed by Sri Lankan Cricket board as they added that they are looking to reschedule the Windies tour also, which was originally slated to start on February 20, 2021.

Also, the Sri Lankan board has further stated that they are even looking to reschedule the West Indies tour as well. The original plan was for the series to kick off on February 20th, 2021. “Considering the current situation, SLC is exploring the possibility of rescheduling the tour of West Indies, which was scheduled to commence on February 20, 2021,” concluded the statement.