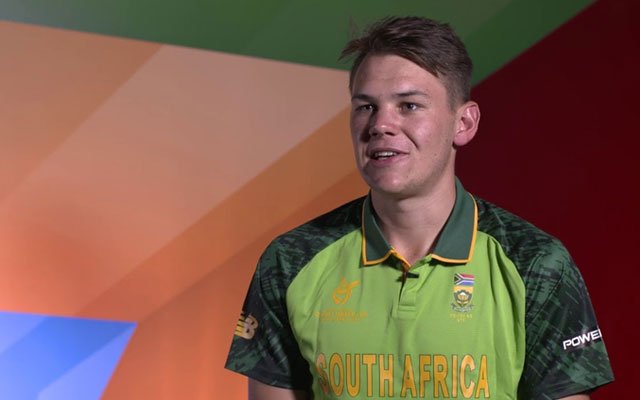 Rajasthan Royals find themselves in a spot of bother for their performances so far in the ongoing edition of the Indian Premier League. Led by Sanju Samson from the vanguard, the Royals somehow found a way to get the better of Delhi Capitals and Kolkata Knight Riders this season.

Apart from these two victories, they suffered heartbreaking defeats at the hands of four opponents. They lost to Punjab Kings, Chennai Super Kings, Royal Challengers Bangalore and Mumbai Indians. With only 2 wins under their belt, they could gain only 4 points.

Currently, they are positioned 7th in the standings. They have already played 6 games so far and with 8 more games left in the group stage, every game would be a must-win encounter. They still have a mountain to climb in terms of performances. But, sadly, they lost 4 overseas players from their squad.

RR franchise announced that they have signed the service of 20-year-old Proteas all-rounder Gerald Coetzee as the replacement for Liam Livingstone. The England all-rounder pulled out of the tournament due to bio-bubble fatigue.

Gerald Coetzee would be licking his lips to make his presence count in his maiden stint at the Indian Premier League. The young all-rounder has only played 8 T20 games so far in his cricketing career, where he scored 24 runs and bagged as many as 9 wickets to his name.

“Coetzee has played eight T20 matches so far and has taken nine wickets at an average of 23.33 in the format. He has represented his country in two under-19 World Cups,” it added in a statement. Rajasthan Royals will play against Sunrisers Hyderabad today at Feroz Shah Kotla Stadium in Delhi.