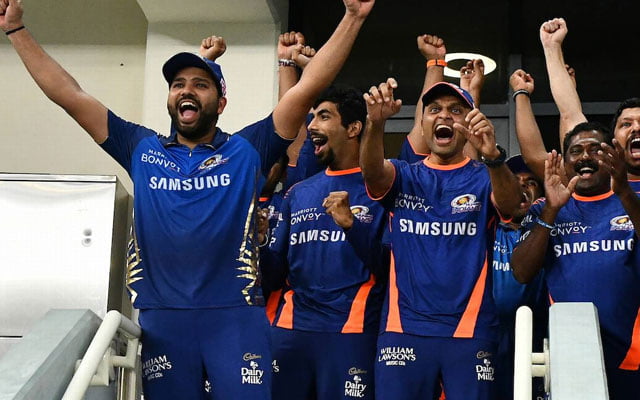 Mumbai Indians are the most powerful and successful franchise in the Indian Premier League. They decorated their trophy cabinet by winning as many as 5 trophies. For the first time in their history, they defended the title by beating Delhi Capitals in the IPL 2020 final at the United Arab Emirates.

Rohit Sharma became the most successful captain he steered his team to 5 IPL titles. He is also the only player to have won 6 IPL titles. He won a title as a player when he was with Deccan Chargers in the 2008 IPL season where Adam Gilchrist-led team defeated Royal Challengers Bangalore to win their maiden title.

No IPL franchise has won a hat-trick of titles and Mumbai Indians have a great opportunity to accomplish this feat. They have a well-balanced squad with all bases covered. With the available resources, they can surely pull off the unthinkable by winning another title in the forthcoming season.

Ahead of the IPL 2021 auction, the defending champions offloaded as many as 7 players. However, they managed to retain the core part of the players for the upcoming season. During the IPL 2021 IPL auction in Chennai, Mumbai Indians recruited the services of Piyush Chawla and Adam Milne.

Chawla who was released by CSK ahead of the mini IPL auction was purchased for INR 2.4 crore. After that, they did a smart business by roping in New Zealand’s Adam Milne and he was MI’s first buy at the auction. Meanwhile, the defending champions released and bought back Nathan Coulter-Nile in the auction.

Earlier, they released as many as 7 players including the Lasith Malinga, Mitchell McClenaghan, Nathan Coulter-Nile, James Pattinson, Sherfane Rutherford, Prince Balwant Rai and Digvijay Deshmukh from the team for the next season.