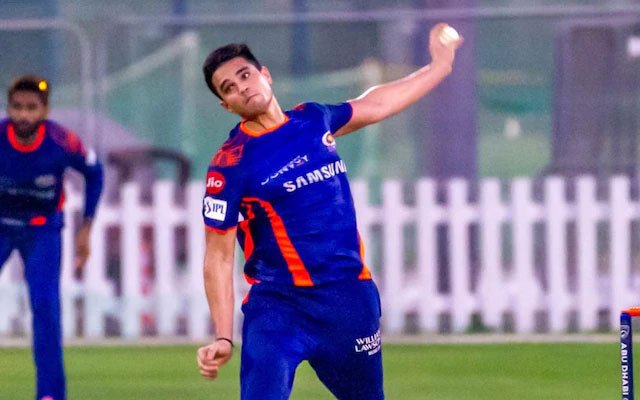 MI earned a name for themselves as the most decorated team in the IPL with the most accolades in their trophy cabinet. Mumbai Indians won the 2019 edition of the IPL by defeating Chennai Super Kings in the final. Almost everyone wrote the Mumbai Indians off in the 2020 season because they have had a history of winning the title in the odd seasons.

They won the title in 2013, 2015, 2017 and in 2019. But Mumbai Indians proved everyone wrong by winning the title in the 2020 season. With this achievement, they became the second team after CSK to defend the title. However, no team has won a hat-trick of titles in the IPL.

But, one can’t write Mumbai Indians off considering their squad depth, balance and experience. They have a great chance of scripting history as they will look to become the first franchise to win a hat-trick of coveted titles. MI will commence their title defence on April 9 in the tournament’s first game as they lock horns with Royal Challengers Bangalore at MA Chidambaram Stadium in Chennai.

Ahead of the IPL 2021 auction, the defending champions released as many as 7 players namely Lasith Malinga, Mitch McClenaghan, James Pattinson, Nathan Coulter-Nile, Sherfane Rutherford, Prince Balwant Rai, Digvijay Deshmukh. On the other side of the coin, they retained the core.

Overall, Mumbai Indians have as many as 18 players in their machinery. But, only eleven players can make it to the starting XI. Based on the performances of the players, the MI team management will do the rotational policy.

However, there are chances that a few players may not even play the whole season. In this article, we will take a glimpse at three MI players who might warm the bench for the IPL 2021 season.

Mumbai Indians’ fans will forever be grateful to Aditya Tare’s six off James Faulkner in the IPL 2014 season. When the team required to win the game with a better run rate, Tare smashed a six towards the square leg’s stand at the Wankhede Stadium in Mumbai. MI edged past Rajasthan Royals in terms of Net Run Rate rule.

Since then, he didn’t carve out a niche for himself as a regular feature in any of the teams he has been a part of. Needless to say, he was with the MI franchise till the 2015 season where he won 2 honours. The wicketkeeper-batsman was released by MI ahead of the 2016 season where he was roped in by Sunrisers Hyderabad.

But Tare failed to deliver the goods. The same thing happened when he was snapped by Delhi Capitals in the next season but he failed to cement the spot. Later on, he returned to Mumbai Indians’ set-up. With Quinton de Kock in the team, Tare is less likely to start the game as he has been statistically poor. He scored 339 runs in 35 IPL games at an average of 14.12.