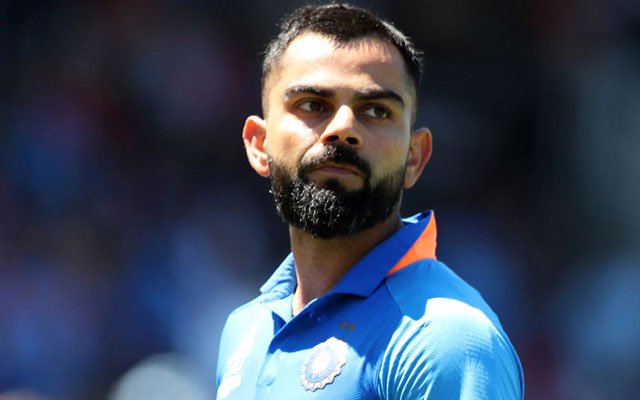 Indian captain Virat Kohli travelled to Australia for a competitive tour. Although India lost the ODI series by 2-1 under his captaincy, the Indians fought back really hard in the T20 series as they won the truncated series by 2-1. Both the heavyweights locked horns with each other in the Border Gavaskar Trophy series.

Shockingly, Team India didn’t bring the best out of themselves as they were bundled out for a paltry 36 in the second innings. India suffered a terrible humiliation under Virat Kohli’s captaincy as the visitor bundled out for their lowest total in the longest format ever. After the Adelaide Oval debacle, India’s regular captain took the flight to India to attend the arrival of his first child.

The Indian skipper was granted paternity leave already by the Board of Control for Cricket in India. After the first Test defeat, he delivered an emotional pep talk with his players. The Indian team management made Ajinkya Rahane as interim captain.

He led the team in the next three Tests and didn’t lose even a single Test. India won the second Test and the third Test ended in a draw. India conquered The Gabba and won second consecutive Test series win in Australia. After the historic series victory, Indian captain took to his social media handle and tweeted that he couldn’t be happier to see his team come through flying colours.

Meanwhile, in the latest development, Virat Kohli served legal notice by Kerala High Court. It is cognisance of the fact that Virat Kohli is the most followed Indian personality on photo and video blogging platform Instagram. Shockingly, he was served a legal notice from Kerala High Court for promoting “Online Rummy”. It should be noted that the Kerala Government had earlier passed an Act in the year 1960 and also declared rummy as an offence.

As per Mathrubhumi website, Thrissur native Poly Varghese was the petitioner who moved the court to lodge a complaint against Virat Kohli and other celebrities namely Tamannaah Bhatia and Aju Varghese. The petitioner further alleged that the brand ambassadors played an important role in influencing people and made them fall into the online rummy trap.