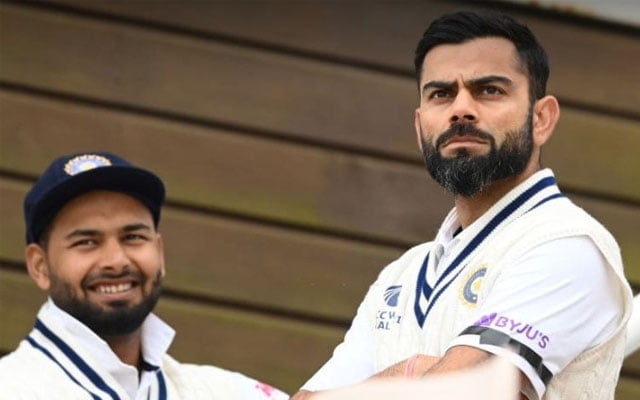 Team India and New Zealand deservedly booked their place in the ICC World Test Championship final. Both the teams played a fearless and consistent brand of cricket for a long time now. Their performances were there for everyone to see in the purest form of the game. Both the teams have had different journeys en route to the ICC WTC final.

Milkha Singh passed away at the age of 91 in a Chandigarh hospital on Friday of coronavirus-related complications. The Board of Control for Cricket in India took to their official Twitter handle to reveal why the Indian players are wearing black armbands. “#TeamIndia is wearing black armbands in remembrance of Milkha Singhji, who passed away due to COVID-19. 🙏,” BCCI wrote.

Earlier, India skipper Virat Kohli paid a rich tribute to four-time Asian Games gold medallist Milkha Singh in a tweet. “A legacy that inspired a whole nation to aim for excellence. To never give up and chase your dreams. Rest in Peace #MilkhaSingh ji. You will never be forgotten,” said Kohli.

Milkha Singh was also a 1958 Commonwealth Games champion. His greatest ever performance was the fourth-place finish in the 400m final at the 1960 Rome where he missed the Bronze medal by 0.1 seconds. He also represented the country with tonnes of pride in the 1956 and 1964 Olympics and was bestowed the Padma Shri in the year 1959.