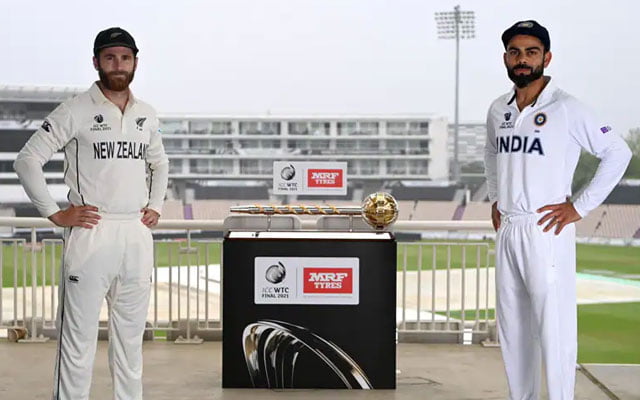 The first cycle of the ICC WTC has been done and dusted. New Zealand were the first team that qualified for the ICC WTC final and after which, Team India booked their berth in the final at The Rose Bowl in Southampton. However, the rains ruined the gentleman’s game for more than 2 days.

The ICC also kept one more day as reserve day as the WTC Final went till the last day (reserve day). Although the game was still alive from both ends, Kiwis switched gears better than India and got the result that they wanted. The Kiwis won the game by 8 wickets and became the undisputed champions of Test cricket.

The WTC final that happened from June 18-22 has become the most-viewed Test match since 2018 as per data shared by Broadcast Audience Research Council India, a television audience measurement service.

The matches were telecasted on Star Sports which was the official broadcaster of WTC Finals along with DD Sports. “After a long wait of 144 years, a world champion for Tests will be crowned and this makes the WTC Final a marquee property.

We are expecting the WTC Finals to be the most-watched game, keeping in mind the weekend and also a prime time slot – the attention and pent-up demand are something advertisers are capitalising on,” Anil Jayaraj, Executive Vice President, Star Sports, told in an earlier interview with Moneycontrol.

Experts also added that India’s victory would have boosted viewership. Although India lost the WTC Finals, there was no impact on the TV viewership.